It’s always amused me that the term “soccer mom” refers to the moms who attend soccer games, to moms as supporters. Sure, I like the time sitting on the sidelines with the other moms and chatting while our kids play as much as anyone. But I also think moms should get off the sidelines a little more and start doing some coaching. I wish “soccer mom” referred to the coach! 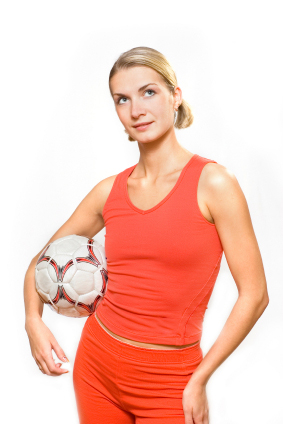 There’s no rule that says dads have to coach
sports teams. It’s the de facto norm, I understand, but moms can bring something to the role, too, and not just as role models for our daughters. Mom coaches are also great role models for sons.

Bring more to the game

Mom coaches are few and far between in our town. While I personally haven’t coached (though I’ve thought about it!) due to scheduling conflicts, I’ve loved it when my sons end up on teams coached
by women. They always seem to be happier with their sports seasons when their coaches are women – and their actual skills have improved, too.

Choosing what to coach and how doesn’t have to be limited to the popular sports – or even what you know. You may not be an expert at soccer, but several instructional DVDs and some careful
observation and you’ll probably do fine. Similarly for other team sports. I once bought a baseball skills DVD to try to help my sons with some of their technique and now feel much more confident in
how I encourage them during their baseball season (albeit from the sidelines).

If you aren’t into team sports, what about coaching a team of runners or other group of individual athletes? Lead a group of your kids and their friends in weekly yoga or bicycling. No matter what
you choose, all of you will benefit.

Getting off the sidelines and into a leadership role with your kids’ sport teams is rewarding and fun for all of you. So go coach!

For more on raising athletic kids