Signs and symptoms of Asperger’s Syndrome

Most parents who have a child with AS — even if they don’t yet know it — probably already understand that there is something “different” about their child. It can be extremely frustrating for families of children with AS to watch their child struggle mightily in some areas while excelling almost bizarrely in others.

So what are some of the indications that a child may have Asperger’s?

Could my child have Asperger’s Syndrome?

But what should a parent who thinks their child might have AS do? If these signs and symptoms sound familiar to you, the first step is to visit your child’s doctor, says pediatrician Ashli West, MD. West says that after talking with the family about the possible diagnosis, there are usually two more places she directs her patients. “After I talk to the family, I would then refer them to a neurologist and an occupational therapist,” West says. 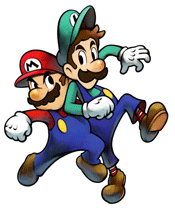 As for my brother, on his recent 20th birthday, my husband and I got him a newly-released DVD of old episodes of the Super Mario Brothers Super Show. My brother is notoriously difficult to buy for because nothing really gets him that excited. (I have been back to my parents’ house for Easter and seen Christmas gifts still wrapped in plastic in his room, because he just doesn’t understand that leaving a gift unused out in the open is a rude thing to do.)

This birthday gift, however, was a hit. He was really excited, my mom said. My husband and I used to try to find gifts for him that had “educational value,” but as I came to understand more about what made him tick, I realized that by indulging his obsession, we weren’t necessarily encouraging it. We were just acknowledging something that is built into his brain. And besides, now he plays these games and DVDs for his nieces and nephew, who he loves and dotes on.

The point should not be lost that while Asperger’s may be a frustrating disorder that can cause serious social difficulties, AS kids can grow up to have highly successful careers and close and loving relationships. After all, many researchers now suspect that Albert Einstein — who didn’t speak until he was seven and had notorious difficulties in school — was an “Aspie” as well.

But it doesn’t take a genius to see that even “learning disabled” people can have a world of potential.