“It was impossible to get eye contact, and when I tried to pick him up it was like hugging a bag of nails,” says a New Jersey father, describing how his autistic son once reacted to affection. Emerson Donnell shares his heart-wrenching story, and reveals the strategies of developing a loving bond with his autistic son in his new book Dads and Autism: Learn How to Stay in the Game.

Imagine coming home from work, ready to scoop your child up into your arms for a hug, and he’s cramped in a corner, oblivious to the sound of your voice calling his name. When you attempt contact, he grunts and pushes you away, rolling his eyes to avert your gaze. 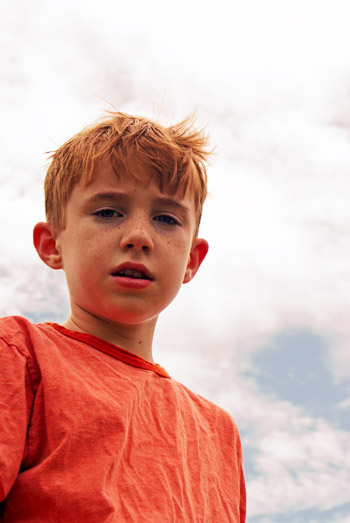 Emerson Donnell, a father in Califon, New Jersey, lived this experience day in and day out with his son, little Emerson — but he decided to do something about it. His research and behavior techniques have changed his family’s life.

Today at four-years-old, little Em greets him at the door with kisses and an engaging smile, and says “hug” when he approaches him with open arms. Mr Donnell, a banker by trade, wrote Dads and Autism, Learn How to Stay in the Game to give parents of autistic children a guide to bonding with their children in hopes that they will find similar success.

“Coming home from work was one of the most upsetting things for me as a father,” he says. “To come home and find him in a corner, deaf to the sound of my voice and to find my presence completely irrelevant, was heartbreaking.”

When autism is family: What’s it like living with a child with autism?

An autism study from the University of Florida found that the number one reason fathers leave marriages and families is because they can’t connect with their children. Says Donnell, “I could have saved them lots of money in research and told them that myself.”

Parents can’t give up

For Mr Donnell, the epiphany that something was wrong came at about 16 months of age, when he called his son’s name loudly at breakfast several times with no reaction, even though he was only six inches away. As he drew closer and coddled Em’s cheek to look at him, his son’s eyes rolled white because he was so uncomfortable with being that close.

Just can’t face it: Why kids with autism may avoid eye contact

The diagnosis of autism at 22 months explained many things, but didn’t lessen the pain.

Without the proper tools, Donnell says that developing a loving connection can be an almost impossible task. Parents yearn to reach their child who is right in front of them, but they have no idea how to go about it, so they experience the grief and loneliness of not being able to connect.

“This book is not simply my story, but a guide to help other fathers and mothers connect,” he says. “To not become overwhelmed, but to break down tasks that will pay back the most joy, thereby helping them connect and stay in the marriage.”

A multi-faceted approach to autism

Autism therapies: What educational and medical interventions are available?

For example, Donnell began with the family greeting at the end of the day, and made a plan. First, he was to call his wife Jennifer 10 minutes before arriving home. She was to take all food away, turn the TV off and start talking about “Daddy coming home” — even though Em couldn’t understand. Donnell was to knock on the door and not simply walk in. Jennifer was to then physically prompt Em to go to the door — but not to carry him — help him open the door, and then greet his father with a hug.

“Every one of these exercises, making him respond to the sound of my knocking, my voice from the other side of the door, making him walk to the door and open it. Making him wrap his arms around me — these are all DATs, Discrete Affectionate Trials, designed to elicit proper behavior and affection,” he explains.

Be firm and consistent

It wasn’t smooth sailing and requires dedication. The first night, Em had an “utter meltdown”: “The fact he was so unhappy meant we were forcing him out of his world and into participating in ours. We did this with military consistency and repetition. Not every night was better than the last, but over time we began to see progression. And I can’t stress enough how important it is to stick with the plan, not matter how tiring it is.”

12 tips for the family to soothe the stress of autism

Before the therapy, Em couldn’t blow out a birthday candle, was indifferent to ball play and unwrapping presents. He was also averted to other children his age. Developing these tasks of normal family dynamics and getting a child to find the joy in these things takes a combination of regimented repetition and creativity, Donnell says.

True affection can blossom with effort 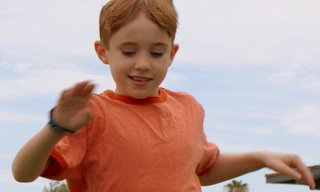 “Getting Emerson to blow out his candle on his third birthday became a mission of mine. It was an important milestone of age and humanity. But how do you get a child who looks indifferently at a candle, who doesn’t have communication skills or motor skills to blow — to actually blow out a candle?”

Success, he cautions, won’t happen overnight — but it’s worth the effort. At best, Emerson would do as prompted, but it was very rote or robotic. After months of repetitive strategy, this “rote” behavior soon blossomed back into true affection and proper emotion, like a warm family greeting at the end of the day.

Now at age four, Em’s behavior has changed dramatically, opening up possibilities for his future. “He will come looking for me in my home office of his own volition and say ‘hug’ as he comes to me with open arms. He will independently ask for Mama, and even get upset if she leaves,” says Donnell. “Best of all, he will ask for booboo kisses if he gets a scrape and will offer them without prompting. An amazing catharsis from 20 months ago.”

“Emerson has a long way to go in building skills, but we have broken our son out of autism’s grey, emotionless shell and recaptured his humanity,” this proud dad says. “We now have an animated, bright-eyed, happy little boy.”

Grades Are Not The Primary Measure of Our Kids’ Success