Can you afford to have a baby in this economy? 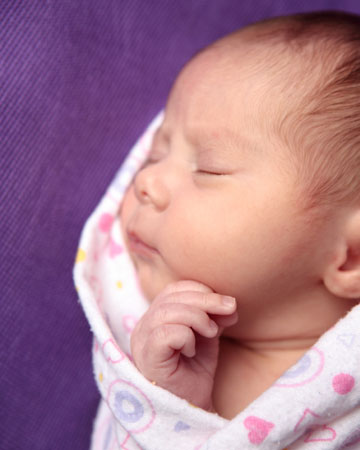 There’s always a reason to put off having a baby: You’re too young, you’re too new at your job, your career is just taking off, you just got married… The list can go on and on. But is having a baby in a recession too risky?

Is it wrong to have a baby when the country is in such dire financial straits? Parents of adult children are facing layoffs, losing their homes and struggling to put younger children through school. Meanwhile, newlyweds are facing similar financial issues (minus the kids) and wondering if the baby fever will have to wait.

So, can you afford it? Ann Douglas, author of The Mother of All Pregnancy Books, says that there is no one-size-fits-all solution to family planning. “Still… some times are definitely better than others,” Douglas said in her Pregnancy and Baby column. Douglas says that partners should consider finances, feelings and the state of the relationship before trying for a baby.

Finances of pregnancy and baby rearing

Any way you look at it, there are costs associated with having a baby. Some to consider are:

There is also the potential cost of a breast pump (if breastfeeding) or bottles and formula (if formula feeding). Even if you breastfeed and cloth diaper, having a baby will mean spending money on some necessities.

Laid off and delayed

The financial storm that hit the country a few years ago has affected more than bank accounts: It’s left couples struggling, sometimes with both partners jobless or underemployed. That’s the case for Deanna Miller and her husband who both lost their jobs within months of each other. “I was laid off April 1. He had lost his job back in December but had some job leads. We figured he’d probably have a job once the baby were to arrive. (We’re realistic that we may not get pregnant on the first try.) Besides, I had the bigger salary, so he could always become a stay-at-home dad if he didn’t have a job,” says Deanna.

The couple decided to wait until their financial picture is more stable before trying for a baby. “When I lost my job, not only did we not even consider trying to get pregnant, I secretly rejoiced every time I got my period. We know that it’s only June, so we’re hopeful that our plans to get pregnant this year still happen, but it will just be later than we thought,” says Deanna.

Motherhood used to be what the young women did, or that’s how it seemed. But these days, things are different. Women give birth well into their 40s; however, the women who put off maternity get a double dose of stress when it comes to conception: A ticking biological clock and potentially a financial time bomb.

However, that doesn’t mean that having another baby is a no-go.

Heidi Eklund says that, ultimately, if her child has to go without things like video games, it’s not a big deal. “I am a 40-year-old voiceover actress who finally found myself in a relationship where my partner wanted to have a child with me. Then, the economy went south. We are struggling financially, but I don’t have time to wait — so we are trying. Plenty of children are born into struggling homes. My parents struggled, and their parents struggled. I grew up appreciating things when we had them, and I managed to do a lot of wonderful things in my life even though we didn’t have extra money,” says Heidi.

Other couples aren’t factoring finances into their decisions as much. Many couples who’ve skirted the jobless situation are going ahead with baby plans. “I am now 5 months along, due in mid-October. I have to say, it was a decision my husband and I made with little regard to the economy, and I think that’s because we are both doing well in our careers with no real signs that economy will affect [us] anytime soon. I am 28, and my husband is 30, so we figured this was the perfect time to grow our family,” says LaNesha Gipson. Gipson says that, despite the economy, she is considering opening her own business to work at home and care for her child.

As Cecille Hansen’s mother told her, “If people waited until they felt they could really afford children, the species would have died out.”

Has the economy changed your decision to start a family? Comment below!

More on the cost of raising a baby

How much does it really cost to raise a child?
Raising a baby can be affordable — here’s how
Saving for college during a recession

24 hrs ago
by Julia Guerra