At some point in your child’s life, he or she likely will have a falling out with a friend. It likely happened to us as kids, and to just about every one we know. It’s a very difficult thing to go through, and a very difficult thing to watch. While we can never, as parents, completely protect our children for life’s ups and downs, we can help them through it. In the grand scheme of things, your child’s loss of a friend may not be a “big” thing, but in their world, it’s huge. And they need our help to get through it. 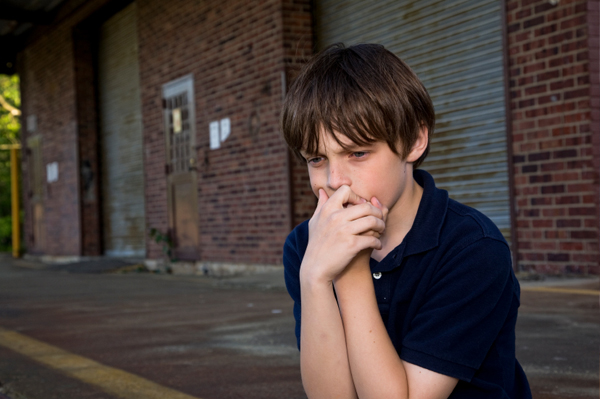 Recently, because of upsetting and confusing circumstances, my son lost a close friendship. To say he is devastated puts it mildly. He doesn’t quite understand what happened, and frankly neither do I. But it happened, and even if there were to be some reconciliation, it will never be the same again. We’re wading our way though a rollercoaster of emotions, for both of us.

The loss of a friendship is a loss much like grief. There can be similar stages of grief — denial, anger, bargaining, depression, acceptance — that need to be worked through to get past that lost friendship and move toward other, hopefully healthier and long-lasting friendships.

While as adults we can see some of the bigger picture that might have affected the friendship, and the loss thereof, remember that kids are at very different emotional and developmental stages. We might even think that the end of the friendship is for the best, and know that — impossible as it may seem — the feelings will get better with time. But our kids don’t necessarily know that and probably haven’t experienced it as we have. The hard feelings do still need to be processed to be able to move on.

My son is so hurt right now, and as a mother (with mother bear instincts), I am hurt for him. I want to take away his hurt and confusion, but I know I can’t. What I can do is hug him, talk to him, and reassure him. I’ve already become a bit angry at this other child and his family, but I need to keep that emotion away from my son, so he can process the emotions in his own time.

We’re strategizing, too, about ways to avoid this other kid — in the very short term only, until the emotions are slightly less raw. That’s going to be hard, because our lives have overlapped so much and this is a small town. My son knows, though, that I’ll be there for him, to help him through this tough time.

After this initial intensity of emotion abates a bit — and it could be a few days or a couple weeks — continue the talking. If your child had a part in the fallout, it might be time to talk about that, but without assigning direct blame — your child may not quite be able to see his own role yet. It can be a good time to talk again about treating others as they would want to be treated, especially as it involves an almost inevitable encounter with the former friend. I’ve already talked a little about a couple of friend fallouts I had as a kid. Knowing his mom has some idea of what he is feeling doesn’t exactly ease the sadness, but it has helped him to be able to talk more about it.

It can also be a good time to look for new friendship opportunities. My son has some other acquaintances that we’ll call more often, hopefully building those relationships in a healthy way. I’m under no delusions that he’ll have a new best friend any time soon, but we can keep him a little busy and at some point he’ll get a good view of friendships beyond the one that has been lost.

Although my son is still really sad, I am confident we’ll move on from this difficult episode. It may still smart a bit when we think about it, but time does heal much. If your child continues to be really sad about the loss of a friendship for an extended period of time, it might be time to seek out extra help in addressing the issues. Talk to you pediatrician about it to start.

Sadly, for all of us, fallings out with friends happens to just about everybody at one time or another. That we’ve all be through it at one time or another — and survived — is reassuring in and of itself, but the emotions your child is feeling are still real and raw. Acceptance really does happen eventually, but until that time, lots of hugs and love are very much in order.

Tell us: How have you and your child dealt with the loss of a friendship? Comment below!