Are you considering a homebirth? Women seeking natural births in a comfortable setting aren’t just looking for midwives to attend their births — they are arranging and planning homebirths. That’s right: Homebirths still happen all the time and on purpose around the country. So, why do women choose to give birth at home? 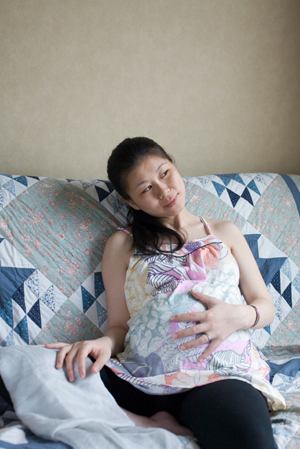 The idea that birth is an ailment
that needs to be treated in a hospital is a twentieth-century concept. Prior to that, most births happened in the homes where moms lived. But more and more, moms-to-be are seeking births with less
intervention and less of a clinical take. For some, that means seeing a midwife instead of a doctor. For others, that means birthing in a birthing center. And for an increasing number, bringing
births back home is the way to go.

We always hear on the news when a homebirth goes wrong. People “tsk” and shake their heads, calling the mom irresponsible and the midwife a hack. But the truth is, for every rare horror story we
hear, there are many, many successful homebirths every year. The reasons are many, but here are just a few.

Women have been birthing babies for as long as humans have existed, of course. But the move to hospital-based birthing has made what is among the most personal events ever experienced a more
sterile and impersonal thing. Moms-to-be who are looking for a gentler, calmer experience are finding perspectives and experiences online on message boards and listservs.

It was on a message board that Andreea Ayers of Tees for Change (teesforchange.com) first heard of home birth as an option. She looked further into it and ended up having her first home birth in
May 2007. Currently pregnant, she is planning another for her second child’s birth in the next month or so. “After speaking with our midwife about our options, we decided that having a birth at
home would be a lot more comfortable and familiar than at a birthing or medical center. I liked the idea of being in my own house and surroundings, and of birthing a baby in a familiar place. It
seemed a lot gentler than being in a medical setting,” says Andreea.

Adding the medical layer to the process of childbirth makes some moms very uncomfortable. With the focus on pain relief and interventions to ease the process, hospitals take a more business-driven
approach to birthing.

Leaving medicine out of the natural process of childirth is a common thread among many stories of moms who choose to homebirth. For Stephanie Precourt, a mom who writes at
AdventuresInBabywearing.com, her decision to homebirth came from a drive to live more naturally. Her first child had a medical condition that was cured with a careful, natural dietary method, and
that led her to seek out new, more natural ways of doing things. So, when she had her third child, she went as natural as she could in a hospital.

“When it was time for our fourth baby, we really desired to have her at home. I had very easy labors and deliveries, and when we were making the birth plan, we had so many things listed that we
didn’t want them to do in a hospital that we thought we should just have her at home! At first, my husband wasn’t completely on board, although he was supportive. I showed him the DVD, The
Business Of Being Born, and he immediately knew we had to have her at home,” says Stephanie.

So, instead of among monitors and blips on a screen, Stephanie birthed her daughter, Ivy, in her bedroom — even occasionally sharing updates on Twitter.

Reason #3: Birth is not a trauma

Some mothers go the typical hospital route with their first children, but find it impersonal, alarming and, in some cases, traumatic. With monitors, rules and people telling the birthing mom what
she is feeling, the experience can be less than ideal.

That’s how it was for Alexandra Carmichael, co-founder of CureTogether.com, when she birthed her first daughter. So when she found herself pregnant again, she wanted something very different. “I
was terrified of being back in a hospital, where your identity is taken from you, your wishes are not respected, interventions are pushed on you, and you end up feeling like someone birthed you
instead of you doing the birthing,” says Alexandra.

She decided to take control of her birth and quietly planned a homebirth, letting only a select few know it was happening. The result was her ideal experience. “At home, I could feel and listen to
my body instead of the doctors telling me what I was feeling from a chart. It was dark and candle-lit instead of fluorescently bright. I had quiet, loving voices supporting me instead of loud,
rushed voices popping in and out. I made the decisions, recovered much more quickly and didn’t need stitches. At home, I was at ease. My favorite memory is my 3-year-old daughter coming over to the
birthing tub in our bedroom and gently splashing water on my back, saying, ‘You can do it, Mommy!’ Having her there and comfortable in her environment was such a big comfort to me too,” says
Alexandra.