Are you modifying the chore chart to give your kids more responsibility? There’s one aspect of my kids’ birthdays that they don’t like. They know that sometime around their day of celebration, I am going to sit down with each of their chore lists and most likely add to it. While intellectually they know as well as I do that they are capable of more responsibility, they’d prefer to keep the home work load as light as possible. They are just kids, after all. 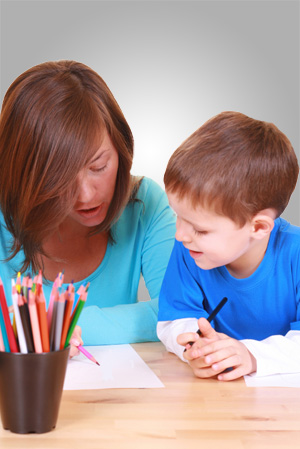 As in most families, we expect our kids to pitch in and help. This is not just taking a little responsibility for something, it’s contributing to the greater family whole, and learning life skills. Woody might argue that he plans to live in an apartment, so why does he need to learn to rake leaves in the fall, but I know differently. I attempted those same ploys on my parents when I was growing up.

Babying them does no one favors

Until a couple or three years ago, I admit I probably didn’t give my kids enough responsibility around the house. I thought of them as so little, so young — and yes, they were to a certain extent — that I failed to recognize what they are capable of. If I think on that too long, I think it’s kind of an insult to them and a vote of no confidence in my parenting. It’s thinking too little of them.Around the time Alfs turned 10, I realized I was doing favors for no one. Yes, he had his feed the dog job and a few other small tasks, but he was just as capable of doing the dishes as my husband or myself. So he got that job several nights a week. He moaned at first, yes, but now it’s part of the routine. And our house and yard is much more organized when more hands help.

Living up to the responsibility we give them

I have definitely found that my kids live up to responsibility I give them. When I choose tasks suited to them — age-wise and personality-wise — to add to the chore charts, and express confidence in them and their abilities, 8 times out of 10, it’s just fine. After a couple of weeks, the new addition (or additions) is just part of the regular thing.

Don’t forget to say thank you

Even though household chores are expected of everyone, it’s never wrong to say thank you. No matter what the kids’ chores, I make sure I say thank you to them. Just as I like it when my efforts to keep the family running are noticed and appreciated, so do the kids. And that kind of positive reinforcement can make the new job a little easier to take.