Faced with an unplanned pregnancy, a relationship ending and an uncertain future, Christine Coppa could have curled up in a ball on her parents’ couch and given up on all her dreams. But she didn’t. 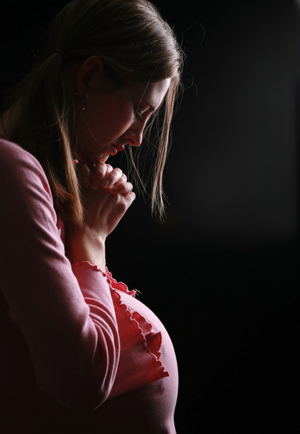 When an unplanned pregnancy happens, women in relationships have a reasonable expectation that the baby’s father will be around and help out with the child-rearing, even if the relationship doesn’t last. However, that isn’t always the case. While pregnant women will carry a very public notice of their impending motherhood nestled under their shirt, men who choose to skip out on parenthood can just go on with their lives.

When faced with that decision in 2006, author Christine Coppa chose motherhood. She explores her road from the sexy life of a young editor in Manhattan to single motherhood in her new memoir, Rattled!, due out from Broadway Books on April 14.

Although she has shared much about her life on her popular mom blog Storked! on Glamour’s website, the book takes readers from the uncertain and frightening moments peeing on the proverbial stick to watching her son’s father slip out of her life to a dramatic move back to the New Jersey suburbs that she grew up in to finally bringing home her son and starting her new life.

Coppa had been in a steady relationship with her son’s father when she found herself pregnant. But, as she recently told SheKnows, it quickly became clear that the relationship wasn’t going to continue. “I sort of saw it coming,” she says. “I didn’t expect us to stay together, because it was clear that our relationship had gone into a different place. It was really fun … we weren’t life partners, we weren’t going to get married. We were just sort of dating. I expected what happened to happen.”So, Coppa was left in a situation that many women have faced: pregnant and alone. The fact is that single mothers are everywhere.

There are 9.8 million single mothers living with their kids under age 18 in the United States, according to 2008 data from the U.S. Census Bureau. That is up from 3.4 million in 1970. It’s become a far more accepted societal norm to have a child and remain single. Even with such strength in numbers, the decision to become a single mother is a hard one. It presents an array of challenges, concerns, feelings, worries, wonders and hopes … and, most of all, uncertainty.

What happens to a women when she is rattled to the core by sudden and certain life changes? She is scared, as Coppa says she was. “I was always excited about him coming … [but] I had days like that where I didn’t want to get out of bed. And it had nothing to do with Jack. I was just scared,” she said.Coppa’s book gives readers a glimpse into what it was like for her to be 26 and pregnant. The account is at times raw, with Coppa describing in vivid detail the panic and uncertainty of a panic attack while on her babymoon in Palm Springs. At other times, she delves into the comforting powers of friendship and the ultimate desire and determination to be a successful mother with a baby. Met with challenge and resistance again and again, Coppa stands up in the face of opposition and figuratively shoves it aside as she makes room in her world and her life for her child.

For moms-to-be, and especially single moms-to-be, having a rock-solid support system in place is essential. Coppa had two: her friends in New York and New Jersey who rallied around her and her family, who (after digesting the news) made sure that she was on the road to success in her new life.Her brothers, in particular, stepped in to fill the void left by A, her son’s father. “They’ve been like mini-fathers,” says Coppa.

Coppa’s older brother, Carlo, helped her map out her finances and work on getting rid of unnecessary debt. As a single woman in Manhattan, Coppa lived pretty much paycheck to paycheck, saving little. But that changed when she was faced with the responsibility of motherhood. She says the mental change to being more money conscious wasn’t too hard. “It wasn’t as hard as people might think it might be. It was just a new way of thinking of things,” she says. 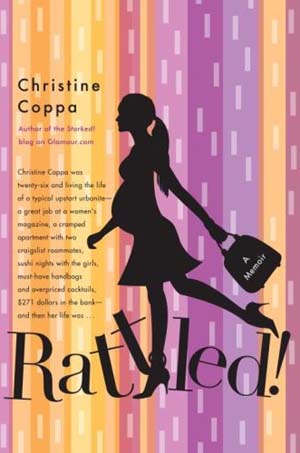 In Rattled!, Coppa only refers to her son’s father as A, the first letter of his first name, a choice she says she made out of good will. “I am not out to get him. I have a feeling he’s going to pick up my book. I know he reads my blog,” Coppa says.And she has spoken with him since their son was born, however A (very Scarlet Letter-ish, eh?) hasn’t met his son. “I have extended the olive branch and my son has never met his father. He is a grown up. He is a 30-year old college educated man. I reached out to him,” Coppa says, adding that while she thinks it is important for her son to know his dad, she’s done what she can to make that happen.

Coppa, now 28, says that she loves being a mom but doesn’t see her situation as special or unique. “I am not a mom who decided to start a blog at blogspot for fun … This is what I do. I worked at a magazine before I got pregnant,” Coppa says. “I like to think of myself as a writer – this is one part of myself that I am writing about.”Nonetheless, Coppa’s memoir lends a glimmer of hope to women who find themselves in an similar situation. Still pursuing her dreams of being a writer, she now does so from her New Jersey apartment with her son nearby. Coppa says that she plans to continue writing for Glamour, but isn’t sure what her next big project will be. “I am very optimistic and hopeful.”

However, she is the first to admit that while her situation has worked out so well, what worked for her wouldn’t necessarily work for another woman. “I can’t tell [other women] what to do because every situation is different. I am making it work. Everyone is not able to make it work,” Coppa says.

Her only advice? “Take a deep breath and think about it because whether you have the child or have an abortion or give the child up for adoption, everything is going to change.”