When your belly bump begins to really show, it’s like a calling card for rude comments and inappropriate questions. Pregnant women have to deal with everything from questions about their reproductive fit-ness to offhand remarks about their weight. If you are pregnant and getting these comments, don’t worry: You aren’t alone. 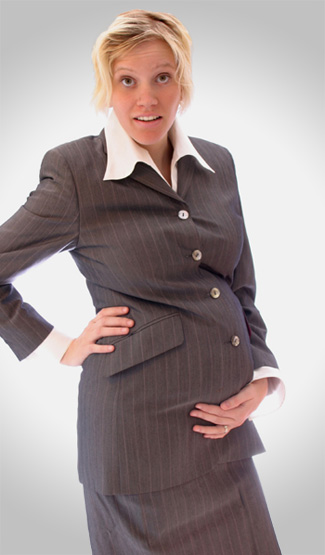 Forget aches and pains. Forget worries about the baby and your health. Forget money matters. One of the worst problems (and most universal) that women face while pregnant is comments about their pregnancy. Otherwise reserved relationships turn strangely personal when a baby is in utero. What have other women dealt with?

Everyone knows that it’s not polite to comment on a woman’s weight. But that rule seems to disappear when the woman is pregnant. In fact, when asked what the worst comment moms received while pregnant was, many wrote in to say that people had remarked on their size. From rude noises (like a pop-goes-the-weasel sound) to ‘must be a big baby’ comments, women hate being told that they are big.

“Most of my clients were very complimentary and supportive throughout my pregnancy, but I had one client who, every time she would see me, would say something like ‘I can’t believe you’re getting so big! Is that normal or are you having twins?’ Keep in mind, I was not overtly large to begin with, and carried all my weight in front. After about three or four comments like this, I finally said, ‘You might want to look at a pregnancy magazine before you comment on someone’s size – I am actually carrying very small right now – wait ’til you see me at 8 months!’ This shut her up,” said Jackie Camborde, creator of Sante.

Most moms and moms-to-be will tell you that ultimately, they want a healthy baby. But many people are just dying to know the gender, which is fine because most people do find out what they are having. However, expressing regret over a pregnant mom’s unborn baby’s gender? That’s rude.

“When told I was (thrilled to be) pregnant with my 3rd boy, (said to me by at least 3 people, some strangers, some acquaintances): ‘Oh, that’s too bad — are you going to try for a girl??’ I was speechless after the first one; to the others, I could only reply: ‘Are you joking,'” said Lisa Ferraro.

Remember all the horrible aspects of pregnancy? The heartburn, the fatigue, the water rentention … the birth … well, many women say that while they might sympathize, they don’t want to hear about it.

“What gets me most aggravated is when parents complain about being parents – no sleep, tantrums, constant crying, gross diapers – anything that dealt with whining and moaning about parenthood drives me nuts. I know that parenthood isn’t easy but I believe it’s a gift and I really can’t stand complainers. I have tough moments but I would never yack someone’s ear off about how it annoys me. I can talk to someone constructively about parenting – sharing tips on how to do things – but pointless whining is not for me. I just smile and nod and walk away. Folks who like to complain like this aren’t the kind of folks who want to hear that parenthood is a gift blah blah blah,” says Carla Molina Martins of MamaHeartsBaby.com.

For some reason, a lot of people seem to think that a pregnant woman’s body, chemistry and reproduction is public domain. From unwelcome hands on the belly to questions that delve into TMI, moms say enough is enough.

“When I was pregnant with my first child, I was in the post office waiting in line and this woman who I had never seen before in my life called out loudly, “Are you going to breast feed or bottle feed,” said Candace Broom of MomMostTraveled.com. “That was pretty bizarre. I mostly felt bewildered.”

Believe it or not, breastfeeding is just the tip of the iceberg. In fact, one mom reported that she was asked a shockingly uncomfortable question about her vagina … She was asked, “‘Have you dilated at all?’ Why is that people feel the need to use words in public that would never be considered appropriate if you weren’t pregnant? Questions about my reproductive system are all too common place,” said Ansley Welchel.

If you are pregnant and going through this list nodding your head, you know that you aren’t alone. But you should also know that you don’t have to take the rude comments lying down.

“Often it’s much easier to ignore what a stranger might say in the grocery store, but become wounded by the people who know us, family, friends or co-workers. This comes up with patients all the time. And, if the woman hasn’t become the ‘mama bear’ yet, with hormones elevated and claws at the ready, I usually advise my patients to say something, like this,

‘Wow, what an interesting perspective. My doctor/midwife/nurse thinks I’m doing just fine.’ or ‘When I hear something like that, it makes me uncomfortable.’ or ‘I’m feeling really vulnerable right now, what you just said, doesn’t help,'” says pregnancy expert Barb Dehn.

Being prepared for the comments definitely helps, experts say.

“I’ve come to realize the best response is 1) have a sense of humor. Remember that most people are not trying to be mean, they simply want to interact and don’t realize they may be stepping over the line. 2) Develop standard responses. You know you’re going to get comments, so prepare some standard answers, If you tend to be sarcastic, have your zingers ready. and 3) If someone really crosses the line, don’t be shy. Tell them that what they said, or did, is inappropriate,” said Dagmara Scalise, author of Twin Sense: A Sanity-Saving Guide to Raising Twins–From Pregnancy Through the First Year.