A California judge ruled last week that MGA Entertainment, the makers of the Bratz dolls, must stop manufacturing them and recall any unsold ones when the case wraps up in early 2009. The reason? The Bratz designer created the dolls while working for Mattel, so Mattel owned the rights to the designs making the use of them by MGA Entertainment copyright infringement. But besides the legal issues, how are parents responding to the ruling? 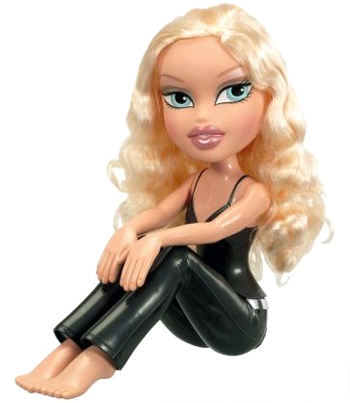 Bratz were controversial from the start. With exaggerated pouts and skimpy outfits, adults called the dolls inappropriate and railed on them for introducing young children to sexuality.

Nonetheless, people bought them, and the dolls enjoyed a larger and larger portion of the marketshare each year. Despite this, Mattel, the makers of Barbie, remained the number one dollmaker.

For many parents, this ruling is about more than copyright though. Parents of some young girls say that there are enough pressures for young girls without the Bratz dolls entering the mix.

“I’m overjoyed that they will be disappearing. Bratz was a blight on the landscape of dolls for girls. My wife and I have never liked them. They are poor examples of what I would want my daughter to look like or dress like, and don’t get me started on the TV/cartoon/movies! Good bye and good riddance,” says Brad Waller, a father and vice president of EPage Classifieds.

Not everyone is overjoyed by the ruling. Some see it as a bully getting rid of competition.

“As a mother of three daughters, I actually smirked in disgust when I heard the ruling today in favor of Barbie. It’s amazing what a poor competitor Mattel is with this. They couldn’t handle the dwindling market share they owned with their monopolistic Barbie, so they decided to sue. Keep in mind, they’ve completely changed the new Barbie doll to be more like the Bratz one since Bratz came on the scene – larger hips, smaller chest than the ones I played with when I was a little girl. And that didn’t work, so they go to court,” said Michelle Metzger of Texas.

Metzger says that the whole thing is a giant turnoff for her.

“I think Santa’s watching on this one, and I bet both companies get a big, fat lump of coal in their stockings this year – lord knows their combined legal fees would pay for one the size of Haley’s Comet. And sadly, the money they are footing the bill with comes out of my pocket… I think I’ll just get my daughters Nintendo DS games this year instead of dolls. Or maybe we can make our own and get sued by Mattel,” said Metzger.

Other parents are concerned that the ruling could lead to fewer options in the doll market for girls.

“It may be the correct legal finding, but I hope they continue some of the dolls because I want to be able to provide variety in what is presented to my daughter as she grows up,” said Michelle Riverson of Washington.

Tell Us! What do you think of Bratz dolls? Comment below!

Yes, My Son Has Autism — & Yes, I Can Mourn the Child I Didn’t Have

Kim Kardashian Says Quarantine Convinced Her to Stop Having Kids