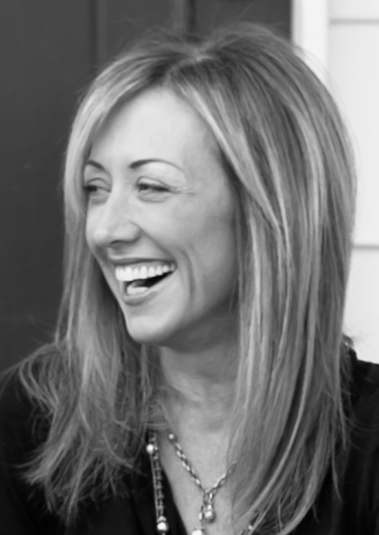 Author Jenna McCarthy shares her humorous and refreshingly true outlook on everything from trying-to-make-baby sex to foreplay (by way of basal body temperature) in this excerpt from her book, “The Parent Trip: From High Heels and Parties to Highchairs and Potties.”

Some people might tell you that trying-to-make-a-baby sex is the best possible kind, fostering intimacy and togetherness in a way no other activity can. These people are insane. Well, maybe the first two or three times you go at it with no protection whatsoever, there’s a bit of an aren’t-we-naughty thrill and maybe a fleeting sensation of heightened closeness. This is almost automatically followed by what’s scientifically referred to as the “oh crap!” panic moment.

After all, you’ve spent years—possibly decades—and untold sums of money on condoms, pills, gels, sponges, patches, caps, rings and injections, doing everything in your power not to get knocked up. You’ve wondered and worried about that scary 2–22 percent failure rate of your preferred method, and possibly even waged the “abortion or adoption” debate in your head—even if neither of these is, in fact, a viable option for a myriad of moral, ethical or personal reasons. You not only know that RU-486 was not a Star Wars character, but you may even have an expired prescription for it hidden in a dusty shoebox stuffed way under your bed.

Now suddenly, here you are making an emotional hairpin turn and actively attempting to conceive. If that’s not enough to mess with your head, I don’t know what is. Even if you’ve decided that you are absolutely, 100 percent ready to have a baby, there is a very wise, very evolved part of your brain that knows that no one who has never had a baby is ever really ready to have a baby. How can you be?

I once wrote a magazine article on infertility, and after doing the research I thought it was downright shocking that anyone ever gets pregnant. The lone successful sperm has the best chance of reaching and impregnating an egg (presuming you are producing viable eggs, and who really knows until you have this checked?) in the two days before ovulation and on the day of ovulation. The day after ovulation, even the strongest swimmer’s fighting chances decline to a discouraging zero percent. Yup, miss that golden window by one lousy day and you’re looking at a minimum of four more weeks of torturous waiting. Of course, most women have only the vaguest idea when they are ovulating, which is why there are over-the-counter tests and complicated “fertility awareness” protocols that aspiring parents often employ.

We start charting my “basal body temperature,” because a slight rise generally corresponds with the release of the precious egg. But you have to have a baseline for comparison in order to recognize your personal spike, so this is not a fleeting endeavor. I become intimately familiar with my bodily secretions, a phenomenon I was happy to completely ignore up until this point. I try to pay painfully close attention to my abdominal sensations (“Was that a twinge? I think I felt a twinge!”) because I am not one of those women—and I have heard they exist—who instinctively knows when she ovulates. I feel guilty saying this, but until recently I’d never given my dear, darling eggs a passing thought.

We have lots of sex in the morning, even though I vastly prefer to make love with fresh breath, because some not-so-great studies indicate there may be an infinitesimal increase in sperm count in the pre-dawn hours. Foreplay goes from “I can’t wait to get naked with you” to “Hurry! Get in here! My BBT is 99.8!” For our entire lives, we have been a pair of lust-driven hedonists, doing what feels good, when it feels good, in self-centered pursuit of personal pleasure. But within days of deciding to carve our own personal notch into the world overpopulation belt, already we’ve assumed the parental frame of mind. This isn’t about us anymore. It’s about the children.

Did I say children? I meant child. Let’s take this creating-life thing one hypothetically fertilized egg at a time.

The Parent Trip: From High Heels and Parties to Highchairs and Potties can be purchased from Amazon or directly at her website, JennaMcCarthy.com.