With the election just days away, parents of preschool-aged children are talking to their kids about the election and getting them excited about politics too. Yes, preschool kids. Interested? Read on. 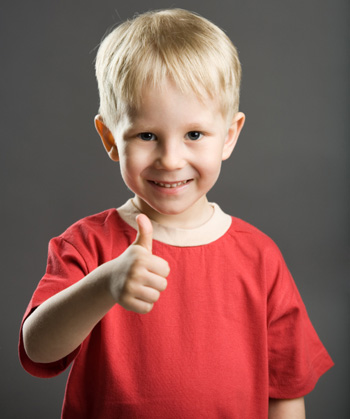 Adult Americans will take to the polls today to elect a new leader of the United States. For those with young children, that can be a great learning experience that will inspire a lifetime of political involvement.

The electoral process is a complicated thing that many adults have challenges in understanding. For kids, it can be even more challenging. But it’s still an important life event for parents to share with their children.

“We share big life events with our four year old daughter. This election is very important to us, and we have shared videos on You Tube with her, so she can see Barack Obama speak. I also went to see Joe Biden speak (without her) but explained who I was going to see, and why. We have explained a little about the election process, and why we feel strongly about what is going on,” said Tiffany Blackden of Fort Collins, Colo. “We let her guide us in the conversations by just answering her questions. It’s important to us to include her in important world events, making sure to not create a lot of fear and worry for her, because we do believe in keeping her early childhood magical and fun.”

Relate it to their interests

Young children might not relate to the literal election, but bending the topics to subjects that they understand and that interest them is a great way to tell preschoolers about politics.
That worked for La Salle University Professor Mary Ellen Balchunis has taken her daughter to several Democratic National Conventions. In explaining politics to her young daughter and her classmates, she got creative.

“I was asked to talk to the preschoolers at Friends’ Central when my daughter, Lauren, was 6. We used Eyeore and a Circus elephant to explain the differences between Al Gore and George W. Bush. When we were at the Disney store my daughter wanted to get a large Dumbo to explain the Republicans, but I had to tell her that I didn’t think that the Republicans would like that image.”

Similarly, Valery Lodato related politics to sports for her kids. “My kids are really, really into sports – so I told them that the election is like a Super Bowl. Sen. McCain is on one team, Sen. Obama on the other. They both had to play several other teams (like Hillary and Mitt) to get into the big game… now they’re ready to play and on TV all the time talking about the matchup! Then I explained that both teams have tons of fans that like to display “banners” and let others know their views,” Lodato said.

Some parents believe it’s important to give children the facts, but let them do their own thinking on politics. Empowerment coach Jodi Michele Cooley said that she plans to talk to her young daughter about the election soon. “It’s wonderful to be helping co-create her thoughts. Because I want her thoughts to be hers. And the same with politics, I want her to not feel she has to feel the same way about politic people and manners the way I do. I am trying to create a free thinker and not someone that feels they have to do what everyone else is doing,” Cooley said.

Robin Lucas, who is CEO of the company that created Chic Peeks Adhesive Cleavage Covers, took her two children, age 4 and 6, out canvassing on the Saturday morning of the primaries in her state. “They enjoyed getting outside, knocking on doors and making sure people voted. It was a wonderful experience,” Lucas said. “In addition to our campaigning, I recently purchased Schoolhouse Rock to explain how our country works- they were mesmerized watching the video.”

Politics might be exciting for some adults, but making it fun for kids is a great way to spark their interest too. Leslie Gilliam had that in mind when she decided what to do for her four-year-old. “I’m really into politics and with this election being so groundbreaking, I wanted to be sure to educate my daughter about what was going on. I’ve developed my own little “CNN election center” on my den wall, with images from a school supply store. I have a map of the U.S., a democrat donkey and a republican elephant with both candidates and their running mates featured. I kept the explanation simple…similar to how her class gets to choose a leader. She gets it and is quite excited. She is going to go vote with me next week,” Gilliam said.