Have you read the stories of moms who had babies and are thrilled with the battle scars that now adorn their bodies? Or excited about the changes and alterations that happen once their body has carried and then delivered a child? That isn’t what happened to me. 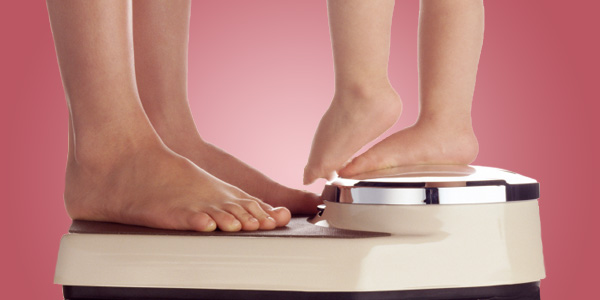 When I think back to 10 years ago, my perception of myself was so different. I only saw the flaws in my much-smaller body — wide hips, soft belly, thighs in need of toning. But at 18, my body was more fit than I gave it credit for and I was thinner than I believed. In my head, I only saw a big girl. Fast forward to today. I’ve since graduated from college, gotten married and had two children (not to mention embarked on a food-centered career path). I’ve also packed on more pounds then I care to admit.These days, those hips are only wider, the belly even softer and thighs … well, I’m not even going there. I can barely recognize my shape.So, here’s my confession: I hate my new body.

Like many young women, when I was younger I always thought I could stand to lose a few pounds. In fact, I did at one time and for a short while was pretty happy with my shape. But mostly, I wanted to be thinner and shapelier.Looking at photos now, I am surprised by my body. I certainly was thin enough. I just wish I had the foresight to know that and appreciate it. If I had known then what I know now…But now I have a body that I don’t associate with or recognize.

After giving birth twice, I now have the ubiquitous stomach pouch or pooch or dunlap — the flabby skin and fat that hangs over the beltline. Not only is that the last thing I expected to develop after my gestation, but almost a year after my second birth, it’s hanging in there like cobwebs on a haunted house. There are days I wonder if my belly will ever look normal — and thin — again.My extra skin and fat has left me dreading mirrors. Who wants to see themselves looking like a deflated hot-air balloon? Pregnancy has also left me with a virtual roadmap of stretch marks. The stretch marks alone wouldn’t bother me if they weren’t running the course of the topographical map that is my body.

I am not alone in my feelings about my post baby body. In speaking to friends, I’ve found that several share my disappointment with their bodies. For many, it’s hard to find the time to exercise, let alone eat a balanced and well-rounded diet.But what surprised me most what that some moms do love their bodies — stretch marks and all.

For those of us who look at our bodies with dread, we can learn from other mothers.For instance, Sandie, editor of InnCuisine, makes a point to talk to her daughter about maintaining a healthy body image.”Women everywhere tend to victimize their bodies and pick them apart at all ages, but especially after having babies,” Sandie says. “I tell [my daughter] that I wish women and girls would just stop doing this because it’s so detrimental to our sense of self and well-being. Stretch marks, whether from having babies or from entering puberty, is a fact of life that allows not only our bodies to change, but ourselves as women and girls. Those changes represent changes within us, on more than just a physical level. They are the scars of transformation into a deeper phase of life. I love that.”Talk about food for thought.