The stats disguise a startling truth: Kids are starting to drink at the age of 11, 10, even 9. This is how it’s happening – and how three young drinkers finally stopped. 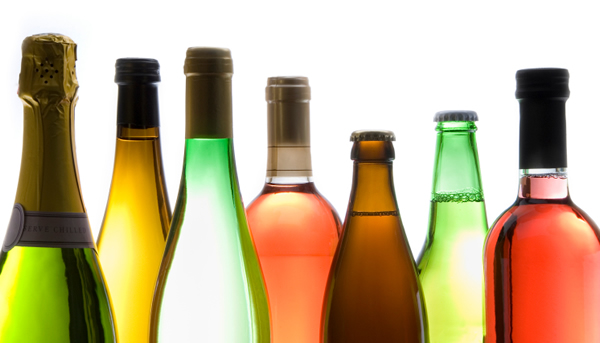 Mary Brennan was only 10 years old when she downed her first vodka screwdriver. Her dad, who runs a dental-equipment company, was at work that afternoon, and her mother hadn’t lived with the
family since Mary was 5. After school, Mary went home with a friend who lived nearby in Chicago’s northwest suburbs. The girl’s older brother, an eighth-grader, was drinking in his room with some
buddies. Someone had sneaked a bottle of vodka out of his parents’ liquor cabinet, and the boys were mixing it with orange juice. Mary, an athletic, gregarious tomboy who constantly sought
approval from her own older brothers, hung around the fringes with her friend. She was both scared and thrilled when the friend’s brother offered her a glass. “I felt like, Wow, now I’m one
of the older kids,” recalls Mary, now 18.

By age 12, Mary was drinking most weekends, experimenting to see how much she could hold, sometimes blacking out. By 14, she was drinking every day with friends, getting the booze from the oldest
of her three brothers or from kids whose parents looked the other way. Her father, busy making a living and trying to keep the household running, didn’t notice. “I got to be an expert at acting
sober in front of my father,” Mary says now. “And I made sure I didn’t let him smell the alcohol on my breath.” By 15, she was taking vodka to school in Gatorade bottles. “I couldn’t go to class
without being drunk,” Mary says. “I have no idea how I did any schoolwork, but I got decent grades. I was always amazed that the teachers didn’t know I was drunk.”

The fall of her sophomore year, Mary went to a party, drank an entire bottle of vodka, and smoked a lot of pot. Then she blacked out. When she regained consciousness two hours later, she felt
horribly ill and pleaded with the other kids — none of whom she knew well — to phone for help. But nobody would call an ambulance because they were afraid of getting arrested. “I had
never felt so sick,” Mary says. “Everything was spinning. I was lying on the floor, throwing up. I was freezing; then I was hot. I would think I was okay, then try to get up and realize that I
couldn’t. It was terrifying. I was convinced I was going to die.”

Finally, one of the kids at the party drove Mary home. She slept off what she later learned was alcohol poisoning — a potentially fatal suppression of the central nervous system (which
regulates breathing and heart rate, among other things) caused by guzzling toxic amounts of liquor in a short time. The very next day, Mary was back to drinking.

The total number of underage drinkers has remained almost the same since the early 1990s — about 20 percent of eighth-graders and 58 percent of 12th-graders report being drunk at least
once in their lives. But these statistics disguise an even more disturbing fact: Some studies show that kids who drink are starting earlier. Much earlier.
“A third of kids ages 12 to 17 had their first drink before 13,” says Susan Foster, director of policy research for the National Center on Addiction and Substance Abuse at Columbia University
(CASA). “That’s about 6.4 million kids, many more than there have been historically. Very young drinkers are a huge concern.”

No large, nationally representative studies specifically track drinking before age 12. But in a national survey conducted by researchers at the University of Michigan, a significant number of
13-year-old drinkers reported starting two years earlier, at age 11. At least one national study, sponsored by the Partnership for a Drug-Free America, says that nearly 10 percent of 9-year-olds
have had more than a sip of liquor — a finding that suggests that approximately 427,000 9-year-olds have tried alcohol. And some do more than try. “We’ve received calls from parents of kids
as young as 8,” says Cole Rucker, CEO and cofounder of Echo Malibu, a California residential treatment center. “Every year, alcohol use shows up in younger and younger kids.”

Kids who start drinking before age 15 are four times more likely to have later problems with alcohol abuse than those who start drinking at 21, according to a long-term national survey by the
National Institute on Alcohol Abuse and Alcoholism (NIAAA). Young drinkers may set themselves up for a host of other troubles, experts say, including abuse of different drugs; possible impairment
of critical, developing brain areas; and accidents, suicides, and homicides. They’re more likely to be the victims of a violent crime, and more likely to have unprotected sex, contract STDs, and
get pregnant. And they are also four times more likely to be involved in car crashes than kids who don’t drink at all, reports the National Highway Traffic Safety Administration.

How Kids Get Started

Where do kids that young get liquor? Many, like Mary, are supplied by older friends or siblings. Others live in households where little or no effort is made to keep alcohol out of kids’ hands.
In two nationwide surveys sponsored by the American Medical Association in 2005, underage drinkers (the study polled kids as young as 13) said they found it easy to obtain alcohol from an adult.
Two-thirds said it was easy to get alcohol at home without their parents’ finding out — and one-third said they could get it easily with their parents’ knowledge.
Now 24, Brooke B. (she doesn’t want her last name used) remembers asking her dad for a drink when she was only 10. A shy child, she was always eager to please, to do things perfectly, to make
everything right. After her parents divorced and she and her mother moved to Palm Springs, CA, Brooke regularly visited her dad in Coeur d’Alene, ID, where he worked as a beer distributor. On a
hot summer day, Brooke asked her dad if she could try one of his beers. To her surprise, he handed her a can. She found the taste “disgusting” at first, she says, but she liked the idea of doing
something daring.

“I asked for beer every so often after that, when we were on camping trips, and my dad always gave it to me,” she recalls. “Then I started sneaking. It was easy to do because alcohol was
everywhere in my dad’s house. I snuck it for years and years.”

Brooke got drunk for the first time when she was 12, sitting in her father’s living room with her then-13-year-old stepsister, watching for the headlights of his car, the signal to hide all
evidence of their secret partying. “I knew my dad liked drinking,” Brooke says today, “but I also knew what it did to him when he had too much — made him grumpy and sloppy. I guess I was
curious to see what it would do to me.” She felt transformed. “I didn’t have to be shy anymore,” Brooke says. “I didn’t have to be me.”

At 15, Brooke veered out of control. A straight-A student until then, she began failing in school and disappearing from her mother’s house for days at a time, staying with her 19-year-old
boyfriend. “My mother would call the cops to bring me back home,” Brooke says. As a high school senior, she started using pot, cocaine, and ecstasy. Her mother tried to deal with the problem by
grounding Brooke. “She’d take away my car. And one time she took off the door to my room, so she could see what was going on or if I was sneaking out.” Brooke graduated from high school, turned
17 a week later, and moved out. “My mother and I had both had enough,” Brooke says. “I just wanted to be on my own. She was getting in the way of my partying.”

Brooke lived with her boyfriend for a while, then tried junior college, but her addiction kept her from moving forward. Four years after high school, just before she entered treatment at the
Betty Ford Center, Brooke was virtually homeless, crashing for a night or two with friends, then wandering the streets of San Diego, committing petty crimes to pay for drugs and alcohol.

Amy Schumer Can Find Humor Even In IVF: Her Best Posts While Undergoing Fertility Treatment