I’ve engaged in my fair share of spats, arguments, confrontations and fisticuffs as a youngster. Now that I’m a grownup, I’m less volatile — but I certainly don’t shy away from conflict if it means standing up for myself. But I rarely “fight” with total strangers in public. So why is it all so different for people on the internet? 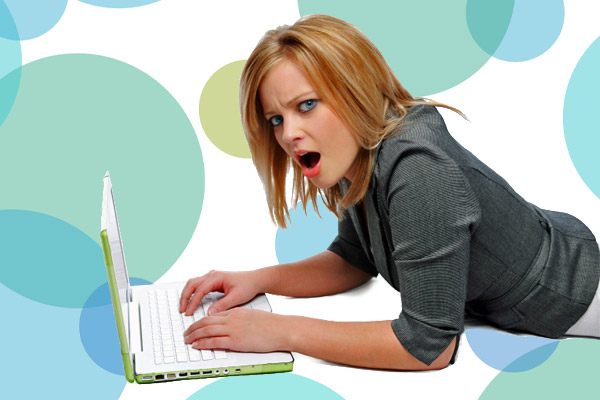 The best of the web?

Among all the useful and entertaining functions of the internet, it affords countless opportunities for total strangers to get into stupid fights over the most trivial crap. For those of us innocent bystanders who are not caught up in the fray, it’s voyeuristic fun.

>> How to nurture your mom friendships

I’ve belonged to numerous online communities over the years, mostly parenting groups, and posted thousands of messages on virtual bulletin boards. Although the topics vary and the groups dynamics differ in every online community, one thing always remains constant. The Drama. Oh Lord, the drama. Inevitably, someone will post something that puts someone else into a Big Snit. And then drama (and hilarity) ensues.

These online fights are a vortex of time-wasting energy, yet few of us (me included) can ignore their gravitational pull. For example, I belonged to a Due in September message board right here at SheKnows, and a post about circumcision spiraled out of control. This was bound to happen. Apparently, once you become a parent, you quickly lose all sense of humor and take yourself über-seriously.

Maybe it’s the sleep deprivation combined with the terrifying sense of responsibility in keeping this little person alive, but Type A working moms who are now frustrated stay-at-home-moms can be a particularly humorless bunch. Certain hot button issues — like breastfeeding, circumcision and vaccination — are always controversial. But then you add in hormonal, bored, sleep-deprived, over-educated and under-stimulated housewives to the mix and you get a Fight! Fight! Fight! Fight!

An example of a really jaw-dropping online fight over nothing was featured in New York Magazine about the infamous Park Slope Hat Spat. Parents subscribing to an email list in the Brooklyn neighborhood of Park Slope waged a heated email battle that lasted for days. The reason? A mom posted about finding a boy’s hat on the playground, a triangular, black jester’s hat for an older child.

Sounds innocent enough. But it touched off a firestorm because another mom immediately responded with charges of sexist stereotyping because, why did she assume it was a boy’s hat? How would a little girl feel if that was her hat? Another parent objected to the assumption it was for an older child. After all, what if it belonged to a really big-headed toddler?

And from there, chaos ensues as debates over political correctness, sexism and gender roles overwhelm a simple lost and found posting. It’s a seriously disturbing-yet-hilarious read, if you can slog through all the posts.

Have you been in (or a witness to) an email flame war or a mindless, seemingly endless message board debate? Let’s hear your web war stories and tales of internet idiocy! Post ’em below.