There are times that I look at my tall and lanky pre-teen son and I ache. My first born baby boy is so far away, and I miss that tiny little being so much. I love my boy now, and I am excited and nervous for that young man he is becoming, but I miss being able to wrap him in my arms and hold him. If he sat on my lap right now, he might actually hurt me. 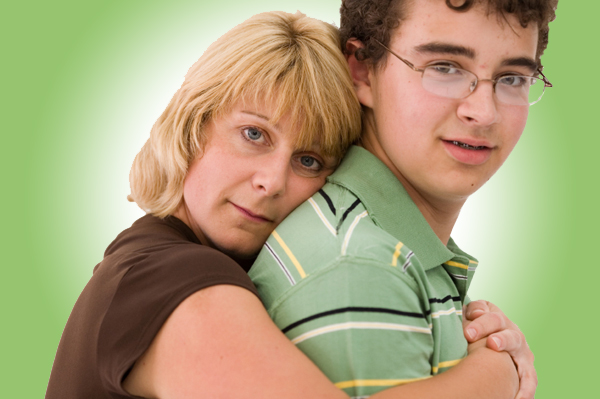 Though there are glimmers of the man my son will become, those glimmers are still fuzzy. We’re both in-between here. I’m the mother to not-a-little-boy-but-nowhere-near-grown-up young man and he’s the offspring of a mom who is not quite sure who or even what she is parenting at the moment. We’re both feeling our way through, it’s it not pretty sometimes.

The early years seem so easy now. They didn’t at the time, of course, and I’m probably romanticizing the memories, but I’d give just about anything now to be able to soothe the hard moments with a snuggle and a lollipop. The reassurance, and the parenting, was simpler then.

When Alfs was little I used to think that things would be so much easier as a parent when we could talk and I could reason with him. I didn’t realize, of course, that the evolution of “reasoning” in kids takes some interesting twists and turns and doesn’t at all resemble adult, mature reasoning. It was ludicrous to think I could truly reason with my 11 year old, much less 8 year old or 5 year old. We were just not operating on the same level, and when it came down to it, reasoning wasn’t what I needed to do. I needed to parent.

Figuring out how to parent this emerging young man through the rollercoaster of adolescence is a challenge for both of us; there are so many ups and downs. Sometimes it seems like were in a hall of mirrors and as we stand next to each other and gaze into the glass, we’re not quite sure what is staring back.

I really have no time to look back with all this nostalgia; there’s too much forward-thinking and considering that needs to be done. But I can’t help it. I miss not just the little boy Alfs was (though I still see fuzzy glimmers of him, too), but the optimistic innocence with which I looked to the future. I never thought parenting would be easy, but I didn’t exactly know how it would go, either. Every day is new and different.

In a few years, I’ll probably look back on this time with similar nostalgia. With that in mind, I try to savor the calm and fun and happy moments Alfs and I do have now. He’s a great kid.