Last summer, I took my son as a special treat to the toy store and let him choose an item. He went with an extra-loud, extra-annoying Elmo phone that he adored and played with every day. A few weeks later, millions of toys were recalled because of lead paint. The phone was one of them. 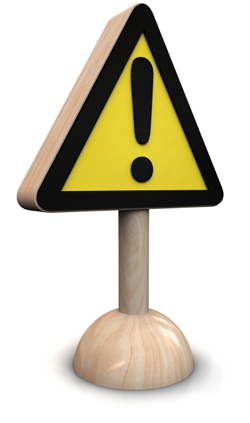 As much as I hated the idea of taking away a good toy he loved, the dangers of lead paint far outweighed the goodness of letting my son keep his toy. I wasn’t among those who mailed the toy back to the company for a refund simply because at 20-something weeks pregnant, I didn’t have the time or energy to make it happen. Nonetheless, knowing that it was a potential toxin and being able to take it away made us one of the lucky families.

Since then, I have been far wearier of toys that enter our home.

Organizations like the Child Safety Task Force want to see the U.S. Consumer Product Safety Commission enact stricter regulations on what can and cannot go into children’s toys.

“It’s essential that the federal government restore both consumer safety and confidence in the marketplace,” Bob Johnson, President of the Child Safety Task Force, said in a statement. “Parents should have assurance that toys and the chemicals within them will not harm their children.”

The task force has created a petition that asks the CSPC to create an advisory panel to look critically at the human health risks of toy additives like phthalates in toys designed for kids under age 6. The task force would evaluate new, unfamiliar substances that could be potential alternatives. It is concerned that banning an older material that is believed to be safe could lead to knee jerk reactions that let harmful chemicals into toys.

“Nothing is more important than the safety of our children,” Amanda McGannon stated. “I’m a member of the Child Safety Task Force out of concern for the unintended consequences created by banning chemicals and using alternatives in our children’s toys that we know little about.”

Families have banded together in support the landmark Consumer Product Safety legislation, which has passed both the House and the Senate and is in the final stages of development. It would place stricter guidelines on recalling products and ensuring the safety of toys. It would also limit the amount of lead in toys for kids and increase penalties for toy makers who don’t comply.

Some parents are also petitioning major toy makers to voluntarily reduce lead in toys and paint coatings before the 2008 holiday season.

One mother, Beth Fischer, said in a statement that her son’s Diego doll, one of the toxic recalls, caused him to need weekly medical treatments for severe lead poisoning. “We’ve been to hell and back. Why? Because my three-year old son Ryan loved his Diego doll more than anything, and like most toddlers kept putting it in his mouth,” said Fischer. “No parent should have to watch their own child suffer needlessly because toy manufacturers — trying to make a bigger profit — have outsourced production to China which has a terrible safety record.”

Parents like Fischer want manufacturers to be more responsible and produce products that kids love without causing future harm. Doesn’t seem like much to ask, does it?