In the unrelenting heat of an August afternoon, anxious college freshman lugged heavy footlockers and suitcases up crowded stairwells searching for
their new “home.” It was move-in day and residence halls across the country were overflowing with activity. Your normally confident and outgoing son was quiet and dazed. You were secretly having a panic attack. There is certainly reason for both you and your first year college student to stress. Here’s how to handle the college transition.

Last year, approximately one and a half million first-time students began their degree-seeking journey within the walls of higher education. Regardless of their backgrounds and varying levels of academic preparedness, they all experienced the anxiety associated with the transition to college life.

The transition from high school to college is daunting for most 18-year olds, but parents, too, feel the stress associated with sending a child away to college for the first time. Understanding the concerns of college freshman and what you, as a parent, can do to make the transition easier will alleviate some of the anxiety — for you and your son or daughter.

What worries new freshmen during their transition to college 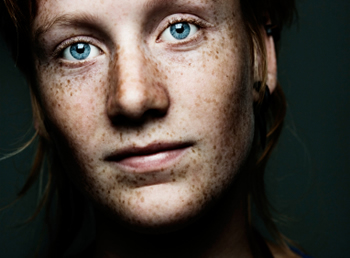 A national study entitled Your First College Year (YFCY) was developed by the Higher Education Research Institute at UCLA and the Policy Center on the First Year of College at Brevard College to track the experiences of first year students. Approximately 25,000 first-time students participate in the administration of the survey each year.

Findings from the annual YFCY studies identify a number of concerns shared by first year college students. Topping the list over the past few years were: paying for college, feeling overwhelmed, being lonely or homesick, meeting new people, adjusting to the social scene, and balancing social pressures with academic demands.

1. Paying for college
The majority of college students who responded to the YFCY survey reported that they had “some” or “major” stress regarding their ability to pay for their college expenses. Parents over the past decade are paying less of the increasing cost of their children’s education. While the average price of attending a four-year institution has risen by an inflation-adjusted 38 percent in the past decade, parental support has declined by 8 percent.

2. Feeling overwhelmed
The YFCY reports that students “frequently” felt overwhelmed by all that they had to do and some felt “frequently” depressed. Keeping up with homework and assignments often weigh heavily on the minds of students.

William Fowkes, now a senior at Penn State University, was a little overwhelmed by his classes during his first semester. “I had a big load — a lot of credits — and that was my biggest concern. My biggest fear was not doing well academically,” he remembers.

Caitlyn Allen, now a senior at Lycoming College in Williamsport, Pennsylvania, had a difficult time making the transition from high school to college. “I hated it, the first semester,” she says. Allen wasn’t homesick, per se, but she was so comfortable with the social environment in her hometown that she didn’t want to start all over. “Everything was good in high school and I was kind of mad that I had to leave that comfortable nook,” Allen recalls.

4. Meeting new people
The YFCY study reports that students are often worried about meeting new people. Steven N. Petkas, Associate Director of Student and Staff Development at University of Maryland, College Park, agrees that fitting in socially and developing friendships with other college students is one of the biggest concerns of college freshmen. Fowkes initially didn’t worry about meeting new people because a lot of his friends from high school were going to the same school. That, however, turned out to hinder his ability to form new friendships.

“I lived off campus with my friends from high school so I never really got to meet any new people,” Fowkes says. “By the end of my freshman year, I didn’t know anyone new. Everyone else who lived in the dorms had met new people and made new friends. I had no new friends.”

5. Adjusting to the “Social Scene”
Exercising self-control in an environment of total freedom is a challenge most students experience. The YFCY survey confirms that “partying” is a common activity among new students. Possibly for the first time ever, college students are left to make decisions without the guidance or restrictions of their parents.

Samantha Kology knows that reality all too well. When her parents dropped her off at Shippensburg University for her freshman year, she was unprepared for the shock of not having someone else set limits for her.

“The freedom of college was way too much for me,” she recalls. “I went a little crazy. The minute they dropped me off I thought, ‘Man, this is going to be great,’ but then it really does get the best of you if you are not careful,” she says.

Kology fought hard not to let social pressures influence her during her first year. She says, “I made it a point not to let the party scene evade my study habits and my first semester I did really well.” But then, when the second semester hit, she didn’t show as much restraint. “I didn’t always put school work first as it should have been and I went a little nuts with the partying. I didn’t do as well as I wanted to academically,” she says.

Next page: 7 Tips for parents on easing the college transition

52 mins ago
by Kay Snowden

5 hrs ago
by Emily Tisch Sussman

17 hrs ago
by Leslie Priscilla