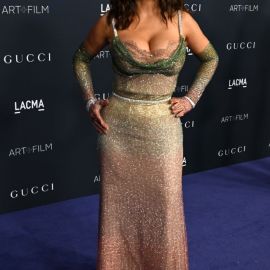 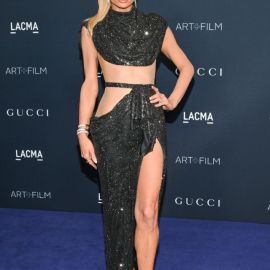 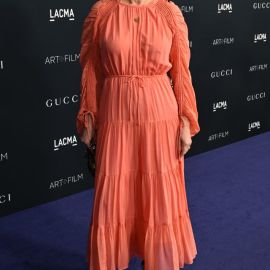 Rumors have been swirling about Kanye West and Bianca Censori, but even if they aren’t actually married, Kim Kardashian is reportedly ready to meet the new woman in her ex-husband’s life — so she can lay down some co-parenting rules. The mom of four is ready to talk about everything from naptime to electronic use, and we are so here for it!

“She’s sent a message through her team to Kanye’s team, basically saying congratulations, and given that it looks like Bianca may soon becoming a stepmom to the kids, she would like to have a sit down to get to know her in a private meeting,” an insider told The U.S. Sun on Monday.

The outlet reported that the SKIMS founder wants to “establish ground rules” surrounding the care of North, 9, Saint, 7, Chicago, 5, and Psalm, 3, who Kardashian shares with West. These will reportedly include “guides on care, food, electronics, and naps.” So, the necessities. “They are Kanye’s rules anyway so he can’t object,” the source added.

If only we could be a fly on the wall for Kardashian and Censori’s co-parenting meeting!

Additionally, Kardashian has reportedly been looking into Censori to “vet” her.

“She already has started to vet her, which is standard for anyone that comes into contact with her children and will have access to them,” the source told The Sun.

When it comes to herself, Kardashian seems totally unbothered by Ye getting remarried. But it’s a different story when the kids are concerned, and that’s admirable! She seems to be handling the situation in a mature way, which is not always easy to do.

A source told Hollywood Life recently, “Kim does not care what he does with his romantic life, as long as he keeps up his duties as a father to their kids.”

Last month, Kardashian opened up about her relationship with Ye in an appearance on the Angie Martinez IRL podcast. “Co-parenting is hard. It’s really f—king hard,” she said.

The Kardashians star added, “I definitely protected [Kanye West], and I still will in the eyes of my kids, for my kids. So, in my home, my kids don’t know anything that goes on on the outside world. … I’m holding on by a thread. I know I’m so close to that not happening. While that’s still happening, I will protect that to the ends of the earth, as long as I can.”

She’s truly an inspiration (and so much less petty than we would be in the same situation!).

These celebrity exes are getting co-parenting right.