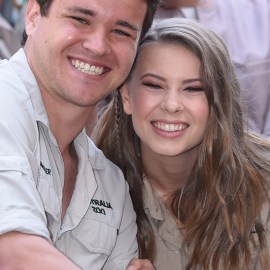 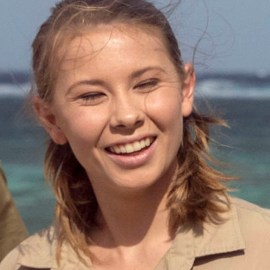 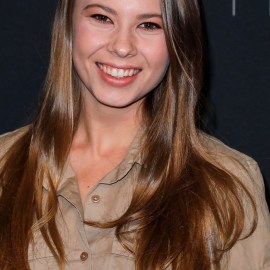 In true Steve Irwin style, Bindi Irwin’s daughter, Grace Warrior, isn’t afraid to embrace wildlife with open arms. In new pictures, the 21-month-old fearlessly jumps into adventure with two feet in — and a sense of wonder and curiosity that is unmatched!

In adorable family photos shared by her uncle Robert Irwin yesterday, Grace is in wildlife explorer mode as she splashes around a small pond with her family. “My favourite days ❤️,” Robert captioned the photos on Instagram featuring him, Bindi, their mom Terri Irwin, Bindi’s husband Chandler Powell, and, of course, little Grace.

In the first photo, the four adults are posing around a pond, smiling at the camera. Grace is looking off to the side, no doubt having spotted something much more interesting than a camera lens. Her brown hair is long and messy around her shirt is soaking wet. In the second photo, we see why: She is splashing around the pond (which isn’t much bigger than a puddle to be fair), as her dad and Robert stand nearby. She is having a blast, and it could’t be cuter.

“Love these photos!” someone else wrote. “They capture just how much joy your family has and it warms my heart ❤️.”

“That look in Terri’s eyes says it all ❤️ Steve would be so proud,” someone else said, and now we are all feeling a little misty eyed.

In Oct. 2022, Bindi opened up about her hopes for Grace’s future.

“Grace already has such a strong and independent personality,” the Crikey! It’s The Irwins star told PEOPLE. “My hope is that she feels supported to undertake and accomplish anything she sets her mind to.”

She added, “I’m incredibly lucky to be her mama, holding her hand as she navigates life until she’s ready to take on the world.”

With a super supportive family behind her, and the blood of The Crocodile Hunter running in her veins, it’s no wonder Grace has such a brave spirit!

These celebrity tattoos are an homage to their kids.