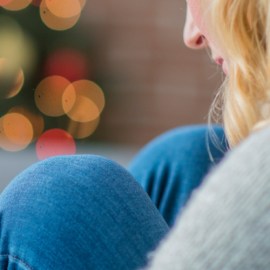 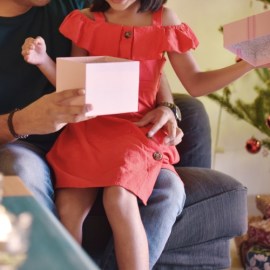 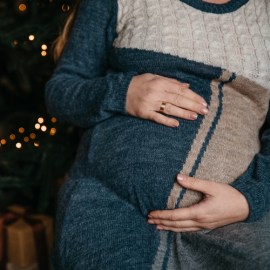 Pregnancy means a lot of doctor appointments. And if you’re considered high-risk, it could mean even more — so it’s totally understandable if a partner can’t make it to every single one. My husband only has a limited amount of sick time, so he saved it so he could attend the biggest appointments with me when I was pregnant. But one dad didn’t show up to his pregnant wife’s anatomy scan for a super selfish reason, and Reddit justifies the wife’s heated reaction.

In the “Am I The A—hole?” subreddit, a mom wrote about how excited she is expecting her first baby with her husband. There’s only one problem — when it comes to dad duties, this guy is suspiciously MIA.

“He barely attends any doctor appointments with me and his excuses aren’t even valid,” she wrote. “He’s willing to miss the doctor appointment over soccer or a drink or board game with friends. His response is always ‘I’m not the one carrying the baby, why do I have to go see the doctor with you?’”

Excuse me, what? Women already know that we have to do all the work when it comes to growing a tiny human in our own bodies (RIP pre-baby breasts), which is why a loving partner usually steps up. Foot massages, middle-of-the-night food runs, and more are the bare minimum a partner can do to support their pregnant partner. But this garbage husband thinks that he can hang out with friends because it’s “not his body”? How rude!

“Last week was my final straw,” the mom continued. “He was supposed to come with me for the baby’s gender reveal appointment but he chose to not come last minute because his friend invited him to fish ‘n’ chips meal. I was pretty livid but didn’t make a fuss about it. Mom went with me instead.”

Fish ‘n’ chips? Fish ‘n’ chips?! How is that in any way comparable to this appointment, where you will find out your baby’s sex, and probably do a full anatomy scan, too? What a jerk.

It gets worse. “Afterward, he texted asking me to tell him the results (boy or girl) but I refused to tell him,” she wrote, and I’m actually speechless at his audacity. You couldn’t be bothered to go to the appointment but then had the nerve to ask her for the results? Get over yourself, sir.

“He kept spam calling me but I hung up each time,” she continued. “He came home fuming demanding I tell him the results but I refused and bluntly told him, since he refused to attend the appointment then he gets no results til after the baby’s born and said I was wiling to die on this hill. He went off calling me spiteful and immature for doing this and punishing him. He said he’s the father and has the right to know.”

Ah, so suddenly “he’s the father” even though before he couldn’t be fussed to show up to any appointments because he wasn’t “carrying the baby”? Yup, Grade-A a-hole.

She continued, “He then called me dramatic since I wasn’t alone and mom was with me. I said he gets no results period. He’s been fuming about it and told his family and they’re now pressuring me to stop playing mind games with him and tell him but I declined.” Why do these immature men always call their family to bully their wife when they don’t get their way? It’s ridiculous.

Redditors were livid on her behalf. One comment — which has generated 68,000 likes! — said, “NTA. Already a deadbeat dad before the baby is even born.”

So. Freaking. True. Another wrote, “I would drop a friend if I found out they prioritised fish n chips over their wife and baby’s doctor appointment.”

“Lmao THATS WHAT IT WAS FOR? Fish and F*CKIN CHIPS? Hahahahhaahahahahah I’d be like BYE BRO,” someone else wrote.

Someone else called out this guy’s family for their weird reaction, too.

“Already calling in his flying monkeys to attack his spouse when he doesn’t get his way,” one person wrote. Another said, “Anyone who does that is a loser, always. Grown ass adult crying to mommy because his wife won’t do what he wants. How can anyone respect someone who does that?”

“Why is his family not on HIS ass about missing Dr appointments?” someone else said. “You are supposed to be going through this together.” I have to agree. It makes you wonder if either they A) don’t know the whole story or B) taught him his a—hole ways in the first place.

Others pointed out that the actual purpose of a typical “gender reveal” appointment is to do an anatomy scan, “in which they check every organ and limb for potential issues, and as a side note, can also often tell you which genitals baby will have,” according to one person. “So partner is not just skipping a ‘gender reveal’, but leaving their pregnant partner to attend a lengthy appointment on their own, during which they could possibly receive concerning information about the development of their baby — if there are issues, it’s often during this scan that they are discovered. Partner is incredibly selfish, and showing their true colours. Absolutely NTA.”

One person broke it down for the wife. “Seriously, though, Sis. He is showing you who he is and what his priorities are. Do you really think anything is going to change long term? I mean, he prioritized fish n chips … you can’t get much lower than that.”

“If he’s telling you ‘I’m not carrying the baby why do I have to go to the doctor with you’ that’s going to turn into ‘I didn’t push out that baby, why should I look after it!!’ reeeealll quick,” someone else warned.

The OP edited her post to add an infuriating update. “My husband just attempted to contact my doctor to get the results,” she wrote. “It didn’t go well and we had another argument over it. He couldn’t get it since his mom was the one who made the call.”

OMG. He couldn’t even be bothered to call the doctor himself to find out the baby’s gender? Boy, bye! He needs a personality transplant, ASAP. OP, you and your baby deserve better.

Before you go, check out these unbelievable stories about Reddit’s worst dads.