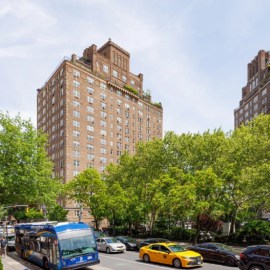 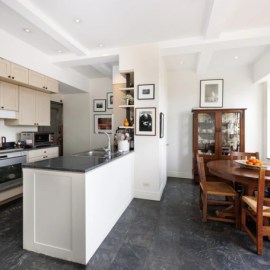 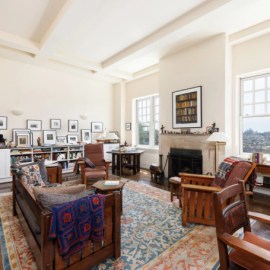 Andy Cohen is counting his blessings, and one of them is his close friend Anderson Cooper. The men are both dads of two, and they often get together so Cohen’s kids Ben, 3, and Lucy, 8 months, can play with Cooper’s kids Wyatt, 2, and Sebastian, 10 months. In a recent interview, the Watch What Happens Live host opened up about why he’s “so glad” that their kids will get to grow up together and bond over their gay dads.

“We are these geriatric patients hobbling around chasing our children, but look — it’s another bonding thing,” the Bravo TV host said about his friendship with Cooper in an interview on yesterday’s episode of the iHeartMedia podcast Table for Two with Bruce Bozzi. “I think what is going to be really interesting to us, as it develops, is being gay dads and as our kids start realizing more and more ‘Oh I have gay dads.’”

“I am so glad that Ben [Cohen] will grow up with Wyatt [Cooper] and that Ben with grow up seeing Anderson and Benjamin [Maisani] raising Wyatt and Sebastian,” he added.

That is so sweet! The kids are super close in age, plus both have famous dads who happen are gay, so they’re already starting out with a ton of things in common. Their friendship is sure to flourish as they age…especially if Cohen gets his way.

He admitted that he encourages Ben’s friendship with Wyatt at home. They often play a Would You Rather game and sometimes he sneaks in questions about Wyatt.

It’s so funny — and so true. Admit it: every parent has secretly encouraged a friendship between kids whose parents you really like. It makes playdates so much easier.

Cohen and the Anderson Cooper 360° often hang out with their kids in tow. In October, Cohen shared a video of how the two dads “usually spend our Saturdays” as their kids scream in the background of a bookstore. “Wow, Saturday, we’re getting our party on, huh? This is awesome,” Cohen tells Cooper in a video posted to Instagram. “Remember when we used to be guys around town. Do you remember that?”

As the more experienced dad, Cohen has been “encouraging” Cooper since day 1. “[Andy Cohen] obviously knew about it well in advance, and he’s been encouraging me all along,” Cooper said about welcoming his first child, during an appearance on The Late Show with Stephen Colbert in May 2020. “He’s actually really helped me because my son is entirely wearing hand-me-downs from Andy Cohen’s son.”

Their relationship is too cute and such a great example for their kids. We can’t get enough!

These celebrity LGBTQ+ families are proving that love is love.