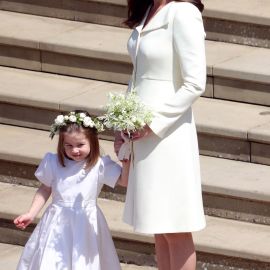 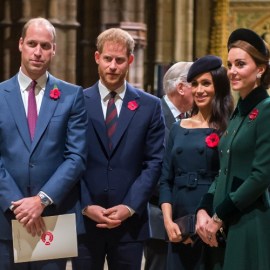 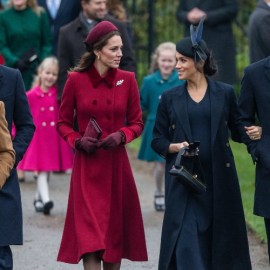 Being a godparent isn’t like the fairytales. For starters, there’s no magic powers or ability to turn mice into horses (unfortunately). It also may require a certain commitment, such as teaching kids about faith or attending special ceremonies — sorta like Cinderella’s ball, except in a church. So when Prince Harry and Meghan Markle asked their A-List friend to be a godfather to their daughter Lilibet “Lili” Diana, 1, he had to think about it.

In the final episode of the Netflix docuseries, Harry & Meghan, Tyler Perry recalled the moment the couple asked him to be Lili’s godfather, per PEOPLE.

“I go, ‘Okay, what’s going on?’” Perry recounted, after admitting that Prince Harry and Markle sounded “pretty serious.” He continued, “They said, ‘Well, we’d like for you to be Lili’s godfather.’ I go, ‘Whoa.’ I had to take a minute to take that in.”

We don’t blame him. Yes, it’s a huge honor … but what exactly does it entail?

“I thought, ‘I’d be honored. I’d absolutely be honored,'” the Ruthless creator said, before he started to have second thoughts.

“I called them back and go, ‘Uh, hold on a second — does this mean we gotta go over [to the U.K.] and do all of that in church with [the royal family] and figure all that out? ‘Cause I don’t wanna do that,'” the Diary of a Mad Black Woman creator said. “‘Maybe we can do a little private ceremony here [in the U.S.] and let that be that, and if you have to do it there, then that’s okay.’”

Either he didn’t want to get involved in any sort of drama happening in the royal family, or he was just too busy as a filmmaker to drop everything and fly across the pond. Either way, it’s understandable!

The friendship between Perry and Meghan and Harry started when the filmmaker sent Meghan a note before her wedding, revealing that he was praying for her.

“I’m not a royal watcher … but I saw something about her father,” Perry said in Meghan & Harry, per Entertainment Weekly. “I found it to be hurtful … When my life changed and success started to come, family members became different people, and I know how hurtful that could be, and how horrible it could be. I immediately empathized with her. This was before the wedding, and I sent her a note, just praying for her just to be able to move through it, and hold on, and let her know that everything in her life had prepared her for this moment, or so I thought.”

In the series, Markle reveals how she reached out to Perry years later. “One day, when we were in Canada I had called him, finally after years at that point, first time we ever spoke, and I was just a wreck. I was just crying and crying. Like, sometimes, it’s easier to just open up to someone who knows nothing at all, and that was that moment with me and Tyler.”

“I could hear the fear. It was palpable. I could hear it,” Perry said. “So I asked her what was she afraid of, and she took a deep breath, and she started listing the things that [she was] afraid of, and I said to her, ‘Every one of your fears are valid.'” What an amazing friend — and an inspiring example of how to talk to people with compassion!

“It was bliss, because no one knew we were there,” Harry said.

They were there for several weeks before moving into their Santa Barbara home, but their friendship has continued. Hopefully Lili will learn some important lessons about faith, friendship, and being funny like her amazing godfather!

All episodes of Harry & Meghan are streaming on Netflix now.

Before you go, check out Prince Harry’s very best dad moments — so far!

46 mins ago
by Amber Leventry