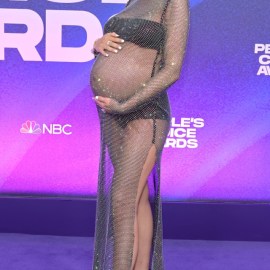 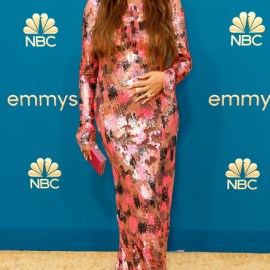 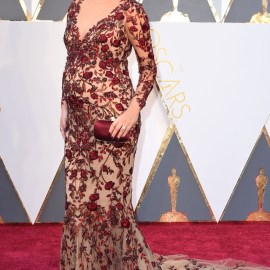 There’s a new Mahomes in the house!

We’ve been on major bump watch lately in anticipation of Patrick and Brittany Mahomes’ second addition — and now we get to transition into baby watch! The Kansas City Chiefs quarterback confirmed the birth of the couple’s new son, Patrick “Bronze” Lavon Mahomes III, in an Instagram post late Monday night. The baby weighed 7 pounds, 8 ounces … and though we can’t see baby Bronze’s legs through the jammies, we’re betting there are some adorably squishy rolls under there.

Bronze shares his full name with not only his 27-year-old dad, but also his grandfather, Major League Baseball pitcher Pat Mahomes. With two generations of sports stars before him, this little guy has some big (athletic) shoes to fill!

The couple’s second pregnancy was announced in May via Instagram, with both Patrick and Brittany posting a sweet photo of themselves and big-sister-to-be Sterling Skye (who will turn 2 in February 2023). She looked a little dubious as she held a “Big Sister Duties Coming Soon” letterboard, but now that her baby brother is finally here, she’ll no doubt settle comfortably into the role.

A gender reveal party was held in June, where family and friends almost unanimously predicted that the newest Mahomes was going to be a boy. They found out via blue liquid in a squirt gun, and the new parents-to-be looked absolutely over the moon, with Patrick jumping into a pool completely clothed out of sheer joy. It was, of course, all captured in a video montage of the festivities.

We’ve been impatiently waiting for Baby Mahomes’ arrival (though not quite as impatiently as mama Brittany, who recently tweeted that she was “very ready to not be pregnant” … and we totally get it). But in the meantime, the Mahomes have given us plenty of adorable Sterling content to enjoy — even when Sterling is a bit on the reluctant end.

And, of course, there was the series of breathtaking and ethereal maternity photos from Brittany that commemorated her second pregnancy in such a gorgeous way.

Football fans or not, we love that the Mahomes family shares their life — and those cute babies! — with the public, and we can’t wait to get to “know” Baby Bronze too.

These celebrity moms got painfully honest about their breastfeeding journeys.