Everyone’s favorite viral grandma and teen — although he’s a grown man now — are reuniting once more for their annual holiday tradition that began as an accidental text to the wrong number seven years ago.

Wanda Dench and Jamal Hinton’s paths crossed in 2016 when Dench, meaning to text one of her grandkids, sent then-17-year-old Hinton a message saying Thanksgiving was at her house on November 24 at 3:00 pm. When Hinton confusedly asked Dench who was sending the message, she responded, “Your grandma,” with an elderly woman emoji — clearly (and adorably) having no idea she had the wrong number.

Hinton, still confused, asked her to send a photo to prove that it was his grandma messaging him. Upon receiving her photo, the teen responded with his own selfie, saying he wasn’t her grandkid — but “Can I still get a plate tho?” Dench wholesomely responded, “Of course you can. That’s what grandmas do… feed everyone,” with a piece of cake emoji.

Hinton shared the text exchange on Twitter, and the post of course went viral — how could such a sweet interaction not? People have been following their heartwarming bond ever since, and they have many more years to look forward to according to both Hinton and Dench, who spoke to TODAY about their life-changing relationship.

“I told her the cameras and the fame, everything could stop tomorrow, and nothing’s changing between us,” Hinton shared. Dench responded, “Absolutely. He’s in my heart for life.” Hinton went on to explain, “I’ve always told her whatever I’m doing, she’s a part of, no matter what it is,” joking (maybe?), “matching tattoos [are] next.”

Dench shared that their bond is deeper than just Thanksgiving, explaining, “Jamal taught me that age made absolutely no difference. I love all of my grandkids and kids, but we all are different generations and we all reminisce about different things. But when Jamal came along, my husband and I and him and his girlfriend, we would go out to dinner throughout the year together and we would just lose all track of time. One time, we were at a restaurant for three or four hours and I couldn’t believe we were there that long. We kept talking! It was just such a wonderful conversation.”

She continued, “That’s when it dawned on me that there doesn’t have to be a generation gap to have friendships. So now I look at a lot of young people in a different light than I used to and I make it a point to talk and get to know them. He’s changed my life a lot, I know that.”

On November 22, Hinton shared a photo of himself and Dench smiling outside a Cheesecake Factory, captioning the Instagram post, “To answer all your questions, yes Thanksgiving year 7 is planned out! See you guys Thursday! 🦃🖤” We can’t wait for the seventh Thanksgiving Day update, and we’re already looking forward to so many more.

Find out how our favorite celebs spend Thanksgiving with their families. 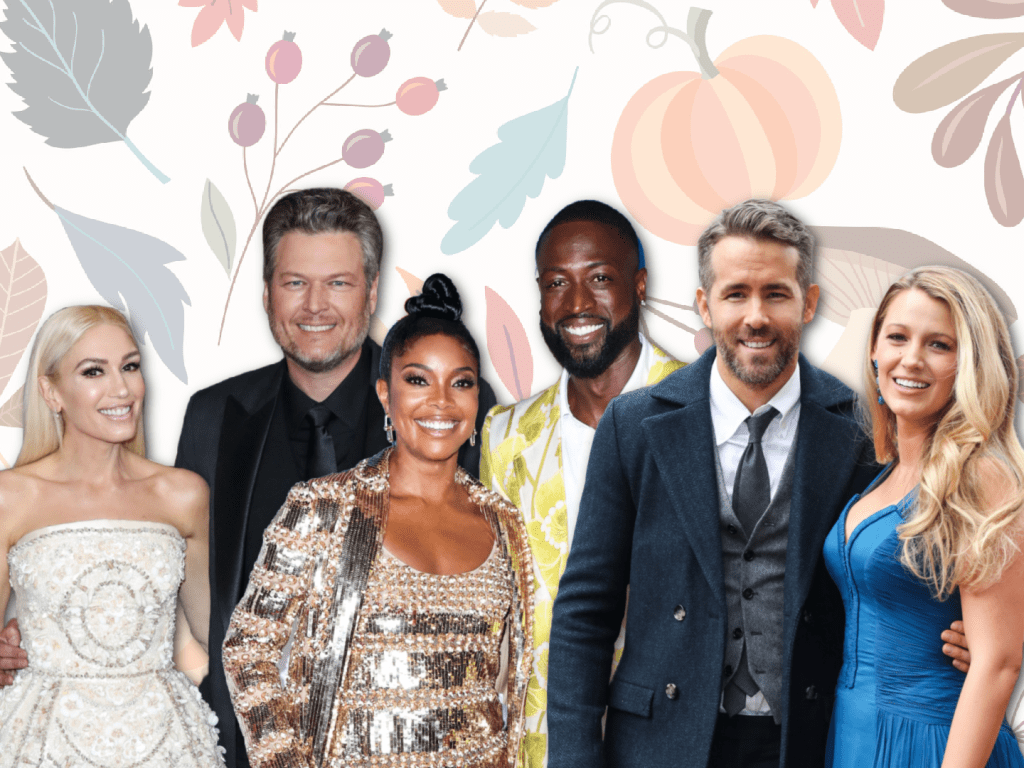