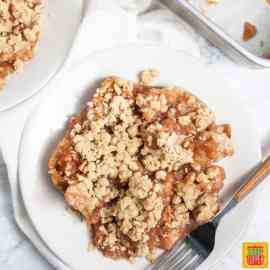 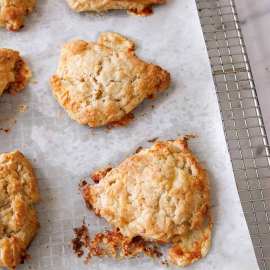 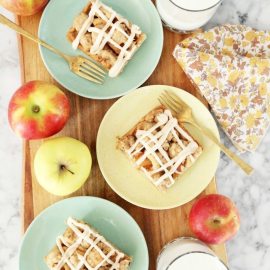 Nothing says, “Summer’s over!” to a kid quite like being sent home from a neighbor’s barbecue with no reason.

Reddit reamed a parent who thought they were very much in the right sending their 8-year-old daughter’s neighbor friend back home while they were hosting a barbecue. At first blush, this might make sense to some. What if the kid has food allergies? Does the OP’s daughter have a tendency to invite friends over before asking permission? Or what if their daughter’s friend is constantly coming over for free meals without any communication from the parents?

None of those were the reason.

“I was having an end-of-season BBQ over the weekend (all the fun summer foods) and we invited several of my and my husband’s work friends, along with their children,” the OP starts. “Our daughter (8f) was playing at a neighbor’s house down the street with their daughter (also 8f) for most of the morning and they had lunch together. They were apparently having such a great time that my daughter thought it would be a good idea to invite her friend back with her to our house without checking with me or my husband first.”

The OP also noted that the girl’s parents did not check in with them about the impromptu playdate. “When I saw the neighbor girl walk in with my daughter I pulled them aside and asked what was going on. My daughter confirmed that they’d been having fun and she invited the girl back to see her house and toys, but I didn’t want them off playing inside when we have all this company for the afternoon,” OP explained.

All right, so the daughter did not ask permission, and there was a lack of communication between the parents. But it seems like the neighbor watched OP’s child and fed her as the OP prepped for this summer-ending shindig, which apparently didn’t factor into the OP’s decision to kick out an 8-year-old from a summer party full of kids and fun.

Related story This Bride-to-Be's Fiancé Is Waving Major Red Flags Involving His Children vs. Her Children, & Reddit Is Cautioning Her to Rethink Their Nuptials

“So I was super gentle and polite about it, but I made an excuse to send the girl home to her parents. I told her we’d planned for the number of people who were here and didn’t have enough food for extra guests so she’d need to head back to her house,” OP said.

And surprise! Her neighbors were upset!

“Now her parents are up in arms and telling the other neighbors how terrible we were to their daughter and that we mocked her for her weight, which is not what happened at all! She’s not the thinnest kid, but that had nothing to do with why we sent her home.” OP then said that their daughter was upset with them too, because “the girl’s parents won’t let them play together to teach their daughter that she ‘doesn’t deserve to be treated that way.'”

OP laments that this is all a simple misunderstanding and asked if she was in the wrong, and nearly every comment was a resounding (and sometimes very colorful) “Yes,” especially in regards to the sham excuse OP came up with.

“And that’s precisely what makes her an a–h—. She said she didn’t have enough food for an 8-year-old. At a BBQ. It’s hardly surprising the neighbors are offended,” noted one. “YTA – It would be different if you were going somewhere else and couldn’t take them with you, but this was at your house. And then you add the excuse of you wouldn’t have enough, how much do you think an 8 yr old that already ate is going to eat? That child should have been welcomed with open arms,” echoed another.

A few defended OP’s decision, but with a caveat. “As a parent of a similarly aged kid, this is TOTALLY reasonable, and that alone would make you NTA. It’s also very reasonable not to want her at your barbecue – when I have one of my kids’ friends dropped off at my house for a play date, they become my responsibility, and if I already had a bunch of people over and things to manage I might not feel comfortable taking on the added responsibility of another kid I haven’t had over before at that time,” sympathized one.

“That said, I think you handled this situation poorly, which made you come across as TA. Instead of being honest … you made a weird excuse about food that was obviously not true and just feels stingy. I would write the parents a note apologizing for the misunderstanding, explaining that you and your husband were already overwhelmed with the number of people at your house and handled it poorly, and asking for a play date at your house (with lunch!) on another day,” concluded the fellow parent.

Seriously, we get that throwing a party on top of parent duties can be exhausting, and that the thought of one extra mouth to feed can be the straw that broke the exhausted-from-hosting OP’s back. But expecting a neighbor to feed your own kid and then balk at the idea that you should return the favor is strike one. Sending said neighbor’s kid home after they essentially gave the OP free babysitting as they last-minute prepped for the party is strike two. And dishing out a half-baked, food-related excuse to a child who clearly has body image issues, as evidenced by her parents’ call, is strike three. If you’re ever throwing a party, one more mouth is not too much to feed — especially a child’s.

1 hr ago
by Racheal Pulver