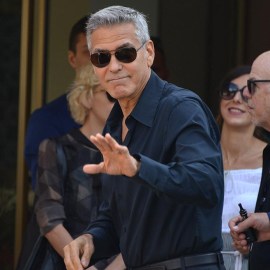 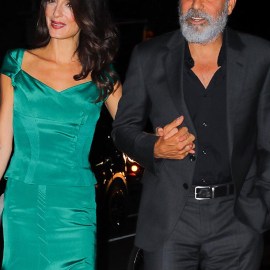 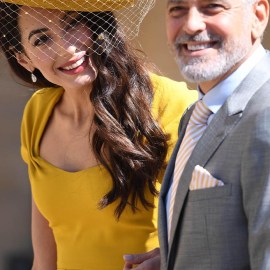 Nobody is perfect, even George Clooney. Sure, he’s been in some of the most iconic movies ever made, and yeah, he is still incredibly handsome at 61 years old, but even this Oscar-winning actor messes up sometimes when it comes to his kids. He recently admitted to a “terrible mistake” he made with his 5-year-old twins Alexander and Ella, who he shares with wife Amal Clooney, and the story is so funny.

“We’ve made a terrible mistake,” George told Gayle King on CBS Mornings yesterday. “We taught them Italian. But we don’t speak Italian. So, we’ve armed them with a language that they can harm us with, and we don’t really know what they’re saying.”

“They both speak Italian?” King asked.

“Yeah, and French now,” George responded, adding with a laugh, “I’m from Kentucky, you know, English is my second language.”

This is such a hilarious problem. Yes, it sounds great to teach your kids about different cultures and languages (and it definitely is!), but your kids knowing a language fluently that you don’t can make for awkward dinner conversations.

Amal also revealed during the interview that Alexander is “a big prankster.”

“You’ve taught him all of these lessons,” she said to George, “and he’s now pranking his dad back.”

At least George seems to have a good sense of humor about the whole thing, as he’s laughing about it. “If only he knew how true that was,” he added with a smile.

Apparently, the twins have been practicing their pranks for a while. He told Today’s Savannah  Guthrie back in 2019, “They do pranks already. [They] put peanut butter on their shoes so it looks like poo poo on their shoes and stuff, and they think that’s funny.”

At least George and Amal are in it together. The couple was celebrating their 8-year wedding anniversary at the interview, and they also talked about their love for each other. “The minute she walked in the door, I was just taken by her,” George said. “And the fun part was, I didn’t know whether she would like me…she’s this extraordinarily fun, smart, beautiful, great woman and I was just very taken with her.”

He wrote her love letters, some of which came from his dog’s perspective. She admits she like him too. “I met him and I thought, ‘I’m so glad there’s someone like him in the world,’” Amal said. “I didn’t imagine that I would get to spend my life with him or that we would get to have this incredible family.”

George joked, “She screwed my life up, man. Life was easy for me, and now I got twins running around…”

These celebrity parents of twins are on double duty!

1 hr ago
by Racheal Pulver