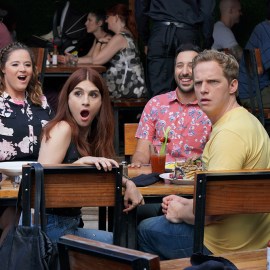 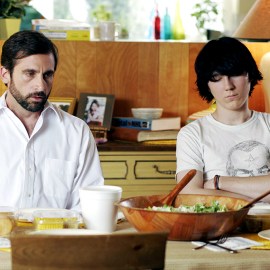 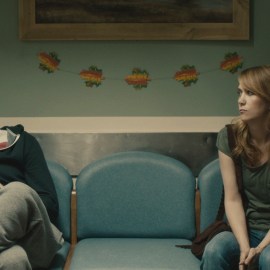 A Reddit user has reached a breaking point with her mom and she’s setting a boundary that the whole community thinks is completely justified.

She began her post by explaining that she has an 8-month-old son who had colic and she’s suffering from postpartum depression. It’s been a difficult time. “My husband and I both have demanding jobs. I’d love to quit, but we can’t afford it right now. I don’t have many friends in the state where we live, and I’m lonely,” she wrote. “My MIL is in poor health, and my husband is gone 2x per week helping her. I haven’t had a day or evening off since Jack was born. Plus, our home was flooded by a broken pipe 5 months ago. Handling the cleanup has been a nightmare.”

Her mom lives an hour away and hasn’t offered to help. She wants to see the baby, the Reddit user explained, but with “very low effort.” Whenever she’s asked to babysit or help out by running an errand, she says no. “Once I called her at the height of my PPD sobbing, saying I was scared to be alone and could she come over,” the user wrote. “But she had brunch plans. I stopped asking for anything until today…”

The Reddit user is the maid of honor in her best friend’s upcoming wedding and her husband is officiating. After a month of searching, they found a babysitter for their baby — who ended up canceling last minute. The couple spent another three days trying to find a replacement before turning to the baby’s grandmother.

“I finally explained my desperation to my mom and asked if she could watch Jack for 24 hours. Or I offered to fly my mom to State B with us, get her a hotel room, and she’d then only need to watch him for 5 hours,” she wrote. “I was in tears begging her, but my mom said no. She has a yoga class she doesn’t want to cancel.”

That was the last straw. She told her mom that if she’s not willing to help, she wasn’t allowed to see her grandson again. “I know my mom is under no obligation to help us, but then she should not expect to see my son,” the user explained. “AITA for denying my mom a relationship with her grandson because she never offers to help?”

Related story This Dad Thinks His Ex-Wife Is Flaunting Her 6-Figure Income, But Reddit Is Telling Him to Get Over Himself

On the outset, this is a tricky one. Grandparents and family members are under no obligation to offer babysitting duties. They are absolutely allowed to set boundaries. However, when a mom is in such distress, completely overwhelmed and struggling through PPD, it’s another level to completely ignore her pain. Casually saying that you’d chose yoga or brunch over your child’s literal well-being — even when your child is grown — is just not fair.

Reddit rallied around this mom to reinforce that she wasn’t being TA by restricting the relationship between her mom and her son.

“If we neglect relationships, or if we only take and never give, they wither and die. And the give/take isn’t always symmetrical in the moment: it’s over long periods, even lifetimes, and often means paying it forward,” one person noted. “…Your mother has chosen to opt out of all that by declining to help you when you need it. She doesn’t have to be in that cycle of help and love and support if she’d rather go to her yoga class.” With that said, “both [are] entitled to set down the terms of your relationship. She has. Now you are.”

Another user added that there’s a discrepancy between not wanting to babysit and ignoring a crisis. “Honestly, knowing a parent isn’t entitled for structural ‘grandparent duty’ of their parents is a lot different from an emergency situation (especially that one mentally PPD outburst?!) vs a yoga class or brunch…..”

People understood where this grandmother was coming from in wanting her space. But they also questioned her parenting abilities and empathy skills.

“I kind of get where your mom is coming from. She put in the work. She raised her children, likely at the expense of her needs being met, and now she wants to enjoy her golden years and be a low responsibility grandparent. Good for her, I suppose,” a user noted. “But you were literally having a health crisis, and one of the people in your life who you should be able to rely on to support you simply disappeared…So in this scenario, your reaction doesn’t sound like the actions of someone who’s entitled. It sounds like someone who is at the end of their rope and this was the final straw.”

What do you think? Was the boundary that this mom drew fair?

To most, she was Queen Elizabeth II — but to some, she was simply “Granny”.