Seeing your baby take their first steps is one of the best moments as a parent. It’s so exciting (and a little emotional!) when your little one reaches this major milestone and officially enters toddler status. While we’re wiping away tears, our littles are all smiles — especially Shawn Johnson’s 10-month-old son Jett James. In a new video posted to Instagram Thursday evening, Jett has the biggest grin when walking to his mom.

“He freaking did it,” Johnson captioned the video. “And you can just feel how proud he is of himself.”

Johnson is sitting on the floor of the kitchen in the video, and Jett is standing on his own right in front of her. He’s wearing nothing but a diaper, in order to be as aerodynamic as possible (or maybe it just happened right before bath time). Andrew East, who shares Jett and daughter Drew, 2, with wife Johnson, can be heard talking in the background. “Ah, that’s so cool!” he says.

He takes his first few steps, and he has the sweetest smile on his face. He is so proud of himself! People in the background are clapping and cheering, and Jett just looks at the camera and smiles. He’s already showing off his skills for an adoring audience. “He knows he just crushed it,” East says at one point.

“Jett James, mommy is so proud of you! #firststeps (and with his very own hype squad),” Johnson wrote in the caption.

“Omg precious,” one person commented. Another said, “He looks just as surprised with himself!! Too cute!!”

Someone else commented on the “hype squad” that is encouraging him. “If my friends and family aren’t this hype they hate me and my kids omg!!!!” they wrote.

In the Baby Olympics, Jett wins gold for pure cuteness!

Check out these cool summertime kids shoes and sandals. 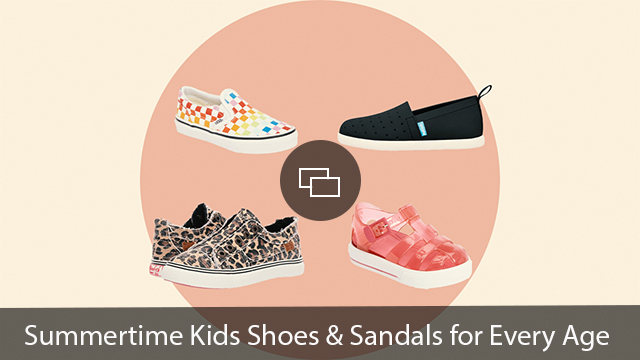