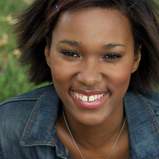 I always imagined that I would be married when I had my first kid. Being a single mom isn’t something I pictured for myself. But life had other plans, and as hard as it was, I’m glad it did.

For the first six and a half years of my son’s life, it was just me and him against the world. Full disclosure, his dad is around —but, truthfully, has never been anything more than a glorified babysitter. They’ve never spent more than a couple nights alone together, and our son is eight years old now. His dad and I split up when he was two and a half months old; he put us on a plane to live with my parents “for a while” so that I could have some support. Except I never truly felt supported by anyone. My parents tried, but my son was a high needs baby and was attached to me 24/7. It felt like it was sucking the life out of me, but I can say now that because of it we’re super close.

Because my son was so small when his dad and I split up, navigating life as a single mom became just another part of new motherhood. Not only was I trying to figure out life as a first-time mom, I was doing it alone. Yes, I did desperately wish for a partner in all this, but honestly it was easier to figure things out on my own. No one was going to fight with me about my decision to attachment parent or breastfeed past the age of one. I was the only one making the rules, and it gave me the confidence boost I needed to learn how to be the kind of mother I wanted to be. And for someone who suffers with anxiety and depression, that little bit of control really made a difference.

When I say he was attached to me, I mean it. He was about three years old before I could go out and do things without him for more than 20 minutes. If I did, he would cry until I got back. For much of his toddler years, I worked as a babysitter so that I could take him with me to work. It’s hard to find a good job, especially with aging parents and no money for childcare. So for two years I schlepped him all over New York City while I went from job to job. There were a lot of late nights that totally screwed with his sleep schedule. He was nocturnal, and it took everything out of me. But we made it through.

Soon, it was time for me to spread my wings. My son and I got back on a plane and went back across the country to truly start our own lives. It was the first time I was truly on my own, and while it was scary, it was freeing. I started a new career that enabled me to support my son on my own, without any help. His dad was finally around, but I could say with pride that I didn’t need him. I was keeping a roof over our heads. Yes, it was nice to have a break for a few hours a couple times a week, but I didn’t need it. I was living my best life. And moving allowed us to thrive — especially my son. He started school and began to grow into the amazing kid I knew he could be. Being on our own, just the two of us, allowed us to really grow our relationship.

We had so many great days. Usually it was just a trip to Target. Or there’s an outdoor mall with a fountain that we used to love to sit in front of. I didn’t have a lot of money, but if I had some, we’d go to Starbucks for a drink and a snack or to McDonald’s for a Happy Meal and time at the PlayPlace. He is my broke little best friend who thinks I’m rich. “You can just put it on your card, Mom!” he says.

Life with him wasn’t anything I could have anticipated, but it has taught me so much. I was more resilient than I ever thought I could be. When my son was born, I was broken; but through my need to take care of him, I healed myself. He deserves the best version of me I can possibly be, and I strive to be the mother he needs every day. I would do anything for him, and give him everything I can. He is the best part of me.

For the last two years, I’ve been in a relationship with a wonderful woman and we’re engaged to be married. When we first met, I made it clear how important my relationship with my son is, and my need to protect that above all else.

As nice as it was to finally be able to truly share the load with someone, it was a little bittersweet. No longer was it just the two of us. We had been the “dynamic duo” for so long, it took me time to be able to really let go and let her in. But she was patient and understanding. She knew what a huge change this was for us, and never tried to rush him into accepting her. Because of that, they’ve been able to form an incredibly close relationship on their own terms.

But even though now we’re a family of three, that will never change the bond between me and my boy. And for that — even if it came with all the hardships of being a single mom — I am grateful.

These celebrity moms have embraced the changes in their bodies after giving birth.