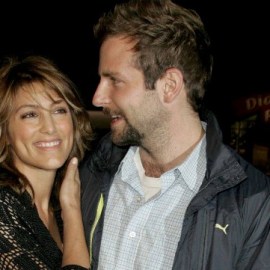 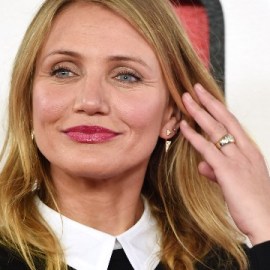 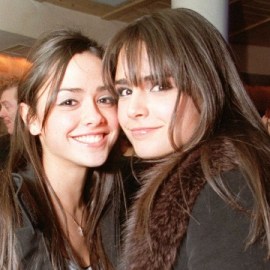 All the Famous Women Bradley Cooper Has Dated 11 Images

We’ve all been there: your kid’s eyes light up whenever that one toy commercial flashes on-screen. The pressure is on — you take a mental note of the item, maybe even a quick photo on your phone, score it on Amazon, then patiently await to see their excitement. But sometimes, that excitement is met with disappointment on the big day — and that’s exactly what Bradley Cooper experienced on Christmas day 2021.

On the Jan. 11 episode of The Late Show With Stephen Colbert, the actor revealed that his daughter Lea wasn’t exactly filled with Christmas cheer when she opened her gift from him.  “For those of you that have kids, they really push that Ghostbusters laser on every commercial in between cartoons, so she wanted that, so Santa gave her that,” Cooper told Colbert.

However, she wasn’t exactly thrilled. “She’s like, ‘Where’s the laser, though?’ It’s just a little plastic thing, but you do capture the ghost…I have some notes on the laser! She wanted the real laser. I couldn’t deliver,” said Cooper.

Cooper shares one daughter with former partner Irina Shayk. They welcomed Lea de Seine Shayk back in March 2017. Despite the couple’s 2019 breakup, they amicably co-parent their daughter.

In a previous interview with NPR, Cooper called fatherhood a “miracle” saying, “So I guess having a child, and having a family of my own — which is a miracle and something I’ve always dreamt of — has opened me up, even more, I guess, to the day, and to be present.”

5 hrs ago
by Kim Grundy

5 hrs ago
by Elaine Roth