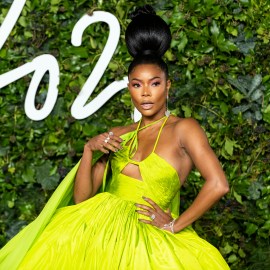 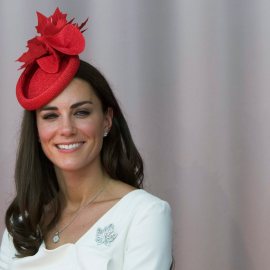 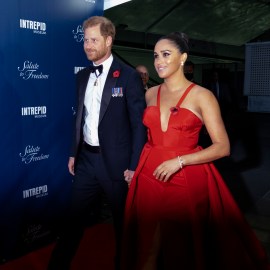 Outlander star Caitríona Balfe says becoming a mom helped her see how differently men and women are treated in the film industry and that her own understanding of gender inequality has changed since welcoming the 3-month-old son she shares with husband Tony McGill.

“By the time you get to a certain age, if you want to have a family at all, you end up stepping off that ladder and I think it’s very hard for them to come back in,” Balfe told Vanity Fair in a January 6 interview. “That’s something we need to address as an industry because I look at our camera crew, all amazing guys, all of them have become fathers in the eight years we’ve been filming, but not one of them has had to give up their position.”

The Belfast star previously told SheKnows that she wants to direct Outlander’s seventh season; in the Vanity Fair article, she added, “It’s something I’ve been talking about doing on the show. It’s falling a little on deaf ears.”

“It would’ve been the perfect chance for me in a very safe space. I’m so close with all of our camera crew, and they were always having conversations about what lens they’re using and what frame it is and they’re really always super helpful in giving me as much information as I want,” Balfe told Vanity Fair. ‘It’s a shame, but out of my hands.”

We love seeing the actress and former model raising awareness for gender inequality, including sharing her own experiences. While we can’t see Balfe direct just yet (fingers crossed it’s soon!), for now we will have to be satisfied watching her depict a mother in 1960s Ireland in Belfast, which premiered Sept. 2021.

8 hrs ago
by Kim Grundy

8 hrs ago
by Elaine Roth