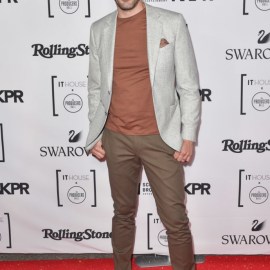 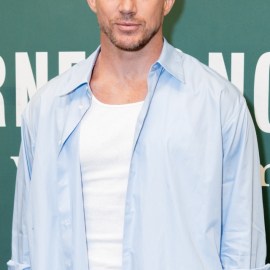 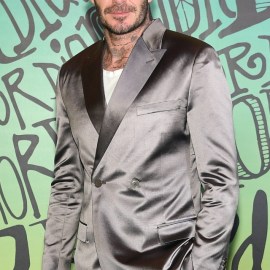 How do you know when it’s time to get involved in your kid’s dating life, and when you should let them make their own decisions? In an interview on The Kelly Clarkson Show Thursday, Gordon Ramsay admitted that he decided to crash his daughter’s date with her ex-boyfriend to have a “proper chat.”

“I did something really bad last week,” the celebrity chef and dad of Megan, 23, Holly Anna, 22, Jack Scott, 22, Tilly, 20, and Oscar, 2, with wife Tana Ramsay, admitted to host Kelly Clarkson. “Megan started seeing her ex-boyfriend again and his name’s Byron. He was OK to begin with. A little bit wet. You want a man to date your daughter and he was just a little bit pathetic,” which made Clarkson laugh hysterically.

Ramsay decided he couldn’t let his oldest daughter go out with her ex again without saying anything, so he came up with a plan. He just needed a little help from one of his other kids. “I kid you not,” he said in the interview, “I found out his telephone number from our youngest daughter, Tilly. So, she gave me, said, ‘Dad don’t do anything.’ [I] said, ‘No, no, just give me the number in the event anything’s wrong. I need his number on my phone.’ So, I waited to find out when they’re having dinner together, and I FaceTimed him.”“Did you daughter kill you?” Clarkson asked. Honestly, fair question. Can you imagine your date getting a call from you dad — while you’re out on the date?

“He sort of answered the phone, this thing was shaking,” he said, referring to the phone. “I said, ‘Byron, it’s me, not your future father-in-law, you little (expletive)!’ Megan went over and pushed and cut me off, which was so rude. I was just in the middle of having a proper chat.”

Later, Ramsay admitted that parenting is “hard,” and Clarkson told him that “30 is a good age to start [dating].”

This experience may have been embarrassing for Megan, but as a parent, it seems pretty relatable. My kids are still young, but when they are old enough to go out (especially with someone I don’t like), I can totally imagine pulling a Ramsay and trying to talk to their date. It just proves he is a caring dad!