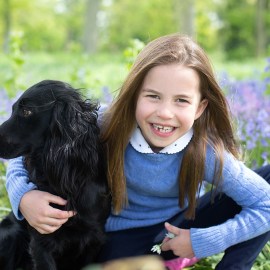 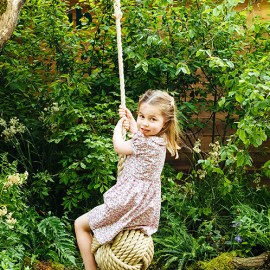 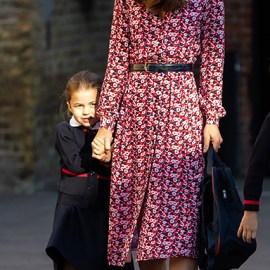 The Cutest Photos of Princess Charlotte — So Far! 18 Images

Although the royal kids are like any other children in so many ways, there are certainly some notable differences — prospective future crowns not included. A royal insider just revealed that Princess Charlotte, who attends the same posh private school in London as her older brother, Prince George, reportedly isn’t encouraged to have a best friend in class — and it’s all in the spirit of inclusion.

Jane Moore, co-host of the UK talk show Loose Women, has revealed that the six-year-old daughter of Kate Middleton and Prince William doesn’t have a BFF at school, according to UK outlet The Sun. It seems a though school officials hope to instead to foster an environment where no one feels excluded. “It’s a really great little school actually for the reasons I think that it really focuses on kindness,” Moore reportedly said on her show, adding, “It’s a really big thing in that school and the pastoral care is amazing.”

“There’s a policy that if your child is having a party, unless every child in the class is invited you don’t give out the invites in class, which I think is quite a good thing as you don’t feel excluded,” she continued. “There are signs everywhere saying be kind, that’s the ethos of the school. They don’t encourage you to have best friends.”

Parents are equally encouraged to stay engaged in their kids’ lives at school, with Moore adding, “It’s a school that really expects parental involvement. The parents are very heavily involved in the school so they [Kate and William] will be as well.”

Of course, while close friendships are an important part of childhood development, it seems that the benefit of having a best friend is specific to a child’s personality. Michael Whitehead, PhD,  a marriage and family therapist in Twin Falls, Idaho, told Verywell Family, “I think it really depends on the child and their level of extroverted-ness versus introverted-ness that will determine how many close friends they will have.” But it seems that simply being around peers and engaging socially has multiple developmental benefits, which can be increased with encouragement by their parents: “Parents should teach pro-social skills, and be active in setting up times for their children to meet with friends.”

It certainly seems like Princess Charlotte is doing just fine — after all, she’s already got two built-in BFFs at home by way of Prince George and their younger brother Prince Louis.