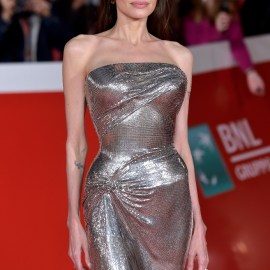 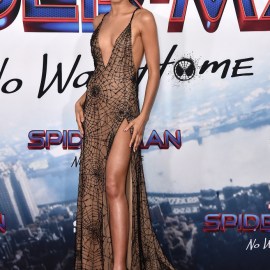 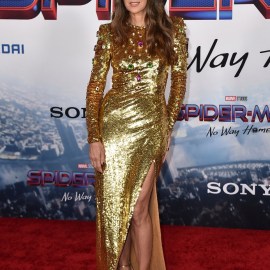 Angelina Jolie, Zendaya & More of the Best-Dressed Celebrities Who Dazzled at Marvel Premieres in 2021 17 Images

Proud mama and Marvel star Scarlett Johansson doesn’t care if she’s an embarrassing mom — in fact, she embraces it. On Dec 16, during an interview with Jimmy Fallon per People, Johansson revealed a lot about what life’s been like as a mother of two. Specifically, she revealed how her oldest child Rose is already growing up so fast, and already at seven years old, Rose finds her superstar mama “a little embarrassing.”

For instance, Johansson confessed Rose gets super embarrassed with this morning ritual. “I do a little dance when the school bus pulls up, and she doesn’t like that. Of course, then I exaggerate it even further.”

The Black Widow star also talked about how Rose isn’t that interested in her infant brother Cosmo. “She has a lot going on in her life. She’s got a very active social calendar, so she’s not as interested in the baby as I don’t know, let’s say, like, any other thing really?”

Johansson has two children. She shares Rose Dorothy Dauriac, 7, with ex-husband Romain Dauriac and earlier this year, she gave birth to a son named Cosmo with husband Colin Jost.

Soon after she gave birth to Rose, Johansson called parenthood “life-changing.” She told Australian Daily Telegraph back in April 2015, per Life and Style Mag, “I think having any kind of huge life-changing event happen to you, such as having children … is very inspiring. I think it will hopefully enrich my work, as well as my understanding of myself.”

Fast forward to 2021 and in an interview with People, she feels the same with Cosmo, saying she’s in a “baby bliss bubble.”

Here’s hoping Rose and Cosmo get closer (and that Johansson adds some more dance moves to her morning ritual!)

Before you go, click here for all the celebrities who welcomed babies in 2021.