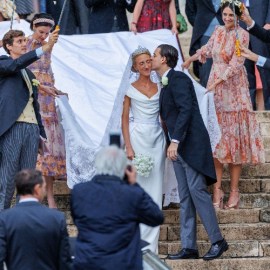 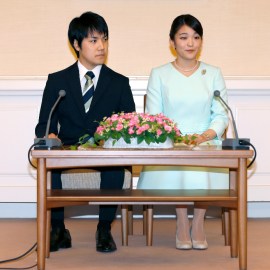 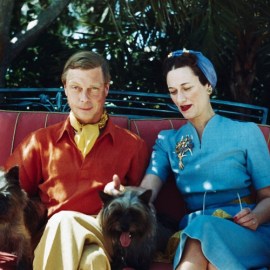 Diana, Princess of Wales had a “terrible” time stopping Prince Harry and Prince William from watching television, Katie Couric revealed in her controversial memoir Going There, to the frustration of their mom.

In her October 26 book, the journalist recalled a conversation with Diana during a royal visit to Northwestern University in Chicago, Illinois. In 1996, one year before her death in a Paris car crash, Diana attended a luncheon at the Drake Hotel to raise money for breast cancer and was seated next to the veteran anchor.

According to Couric, Diana broke the ice with a compliment: “I like your lipstick” and the women started chatting, eventually about sons Prince William, then 13, and Prince Harry, then 11. “How do you keep your children from watching too much telly?” Diana asked Couric adding, ‘I’m having a terrible time with William and Harry.” Couric, a mother-of-two, advised her to “hide the remote.”

However, their vibe darkened when Couric asked the royal if she was eager to return home to London. “I would be,” Diana answered. “But I’m going home to an empty house.” Diana and Prince Charles separated in December 1992 followed by Charles’ public confession that he had committed adultery with his now-wife Camilla, Duchess of Cornwall. Diana and Charles co-parented their sons for four years, finalizing their divorce in August 1996.

While Harry and William are happily married fathers — Harry shares son Archie, 2, and daughter Lilibet, four months, with Meghan Markle and William shares Prince George, 8, Princess Charlotte, 6, and Prince Louis, 3, with Kate Middleton — the royals have shared the trauma of their parents’ divorce.

However, both men are certain that Diana would have doted on her grandchildren — one of Archie’s first words was “Grandma,” inspired by her photo which is hung in his nursery and William remarked that his mom would have played her role perfectly.

“She’d be a nightmare grandma, absolute nightmare,” he joked in the 2017 documentary. “She’d love the children to bits, but she be an absolute nightmare. She’d come and go, she’d probably come at bath time cause an amazing amount of sea and bubbles and bathwater all over the place and then leave.”