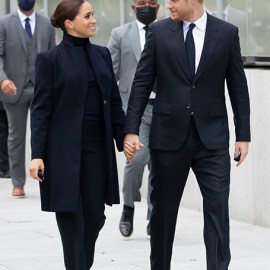 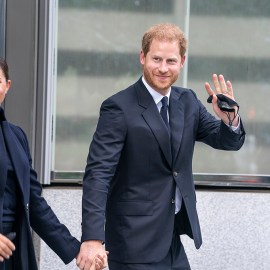 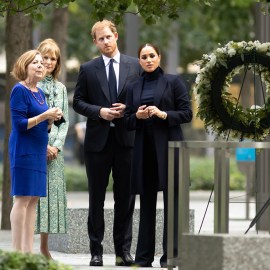 It sounds like Meghan Markle and Prince Harry were thinking ahead as parents when it comes to an honorary title for their son, Archie. While any title is pretty amazing in the royal family, there was one specific title that could have brought their firstborn a lot of heartache on the playground: Earl of Dumbarton.

According to royal author Andrew Morton, who recently re-released his Meghan and the Unmasking of the Monarchy: A Hollywood Princess book, the couple “decided against” the Earl of Dumbarton title “because they felt that the word ‘dumb’ in the word ‘Dumbarton’ would have been used as mockery when Archie went to school,” per Us Weekly. A source for The Telegraph backed up Morton’s assessment adding, “it wasn’t just Meghan, who pointed out the potential pitfalls, it also bothered Harry.”

But the royal author also claims that by rejecting the honorary title, “it shows you their sensitivity to image.” Is that fair to say when they are trying to think ahead about their son’s future needs? We all know kids can be cruel over the tiniest of details, so if, as parents, they believe it’s the wrong fit — then that was a smart choice for their family. The real debate within the royal family seemed to happen over having a prince title, which the palace opted not to bestow upon Archie at his birth.

'Meghan and the Unmasking of the Monarchy' $12.79 on Amazon.com
Buy now

“They were saying they didn’t want him to be a prince or princess, which would be different from protocol, and that he wasn’t going to receive security,” Meghan told Oprah Winfrey in the couple’s explosive March interview for CBS. “They said [he’s not going to get security] because he’s not going to be a prince. Okay, well, he needs to be safe, so we’re not saying don’t make him a prince or princess, but if you’re saying the title is what’s going to affect that protection, we haven’t created this monster machine around us in terms of clickbait and tabloid fodder. You’ve allowed that to happen, which means our son needs to be safe.”

Protection became a huge point of contention in their exit from their senior roles, but Harry found a way to make it happen for his family through his inheritance from his late mother, Princess Diana. And Meghan added that it’s never been about “the grandeur around this stuff because it’s “an attachment [she didn’t] have,” but it was always about her “most important title,” which was being a mom. So in the end, Harry and Meghan’s parenting choices won out over any royal title.