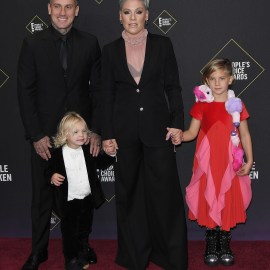 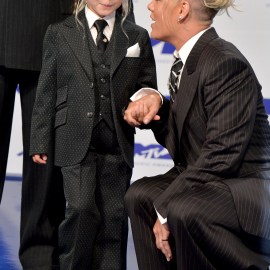 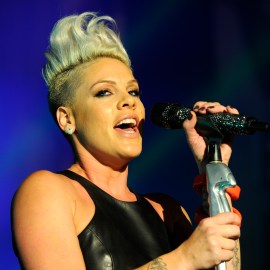 On National Daughters Day, Instagram feeds were flooded with some of the most touching tributes from parents to their daughters. The day was so popular, even some famous celebs got in on the action — including Pink. The singer shared what might be one of the sweetest messages to her daughter, Willow, on National Daughters Day, and her wish for the 10-year-old actually had us getting choked up.

The Instagram post featured a carousel of images Pink captured of her daughter through the years. The first was a black-and-white photograph of Willow hanging out by a drum kit that bore her mom’s name on it. A number of other photos featured the mother-daughter duo together, while one showed Willow when she was just a baby. Far more touching than the photos — if you can believe it — were the words that Pink wrote in the caption.

“#NationalDaughtersDay my wish for you is to be filled with passion and purpose, humor and curiosity,” Pink began. “And one day, far from now, when I’ve moved on, I wish for you to know in your center that you were the love of my life.” Cue the water works!

Truly, though, Pink and her daughter are incredibly close. Willow has been her mom’s date to award shows and has even started performing with Pink, too. At the 2021 Billboard Music Awards, Pink and Willow did a gravity-defying routine that you had to see to believe set to their February 2021 single, “Cover Me In Sunshine.” Whether it’s through Instagram posts, gushing about her in interviews, or their award show appearances, we love seeing Pink’s relationship with Willow continue to flourish, on National Daughters Day and every day!