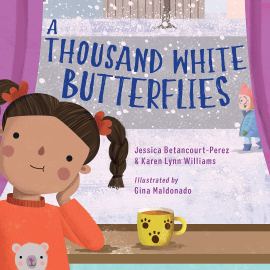 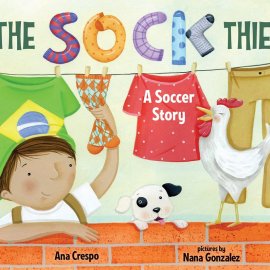 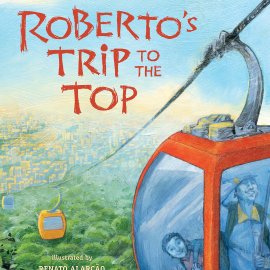 When I learned that I was pregnant with my first child, I was thrilled; when I learned that I was expecting a baby boy, I became worried — growing up with a Cuban papi who was classically machista, I feared that my son would grow up this way too. I was determined to teach him about the beauty and diversity that exists within the Latinx community.

For the first 18 years of my life, the only Latinx people I knew were Cuban, just like me. Having initially immigrated to Miami, where Cubans are 54% of the population, it was really easy for my family to stay insulated in our Little Havana bubble.

However, when we moved to Southwest Florida because my parents wanted to learn English and better integrate into American society, my world became very white. At the time, there weren’t many other Latinos in my town so my primary knowledge of Latinidad came from my father, his friends, and the rest of my Cuban family. That wasn’t necessarily an issue — I grew up proud to be cubanita — but my dad and his peers made remarks that I considered to be sexist and homophobic, ones I had always assumed were universal to my culture.

However, I was wrong. When I eventually left Florida to attend college in New York City, my world dramatically changed. Suddenly, I was surrounded by other Latinx people — Puerto Ricans, Salvadoreans, Dominicans, Mexicans, and Colombians — and I quickly learned that not all Latinos were like my dad.

For example, we are an extremely diverse group of people — not every Latino man holds the same values as what I observed growing up; some speak Spanish and others don’t; some are immigrants while others have lived in the U.S. for generations. My first boyfriend was Colombian and Puerto Rican, and he didn’t have a machista bone in his body. He was kind, affectionate, and his best friends were his gay twin cousins. That experience opened my eyes to what I lacked as child; the knowledge that Latinx people are not a monolith.

When I left New York City after a decade, I met my husband. Although he’s not Latino, he appreciates my Cuban heritage, and it’s important to both of us that our child grows up celebrating his background. However, I didn’t want his grandfather to be his only example of Latinidad. Instead, I made it a priority to teach him about the diversity of Latinx people.

When I was pregnant, I learned that my unborn baby could hear music so I played Selena Quintanilla while dancing around the house. After my son was born, during those lengthy breastfeeding sessions, I played Celia Cruz, Gloria Estefan, Marc Anthony, and Ricky Martin’s Spanish hits. Other times, I played Jennifer Lopez’s early songs, Shakira, and reggaeton, along with Elvis Crespo and the Broadway soundtrack to In The Heights. My husband also got into salsa and cumbia and we discovered Alex Torres on Spotify, playing “Viernes Social” so often that my son dances when he hears it.

In an effort to continue my son’s education, I bought the book VAMONOS: Havana to teach him about Cuba and I’m encouraging my family to buy him other Latino children’s literature, with Julian is a Mermaid, Hear My Voice, Where Are You From?, Bodega Cat, and Sofia Valdez, Future Prez already favorites in our home.

Although he’s only 18 months old, I can already see the wonder and happiness on my son’s face when I introduce him to a new part of Latin culture. He loves the Cuban and Mexican food I make for him and he listens intently when I speak Spanish, even learning to say “agua” as one of his first words.

My son also loves his abuelo and they have lots of fun together. My father has learned to restrain his comments over the years, however, I still draw some boundaries to protect my son from what he could overhear. For instance, my father keeps insisting that I give my son’s hair a “boy” haircut and I constantly remind him that many women have short hair and many men have long hair. Last year on Father’s Day, we all played in the pool and my son started to cry because he was hungry. My dad’s response was “Los machos no lloran” (which in English translates to, ‘Men don’t cry’) and me, my brother, and my husband immediately corrected him.

Recently, I posted a cute Facebook photo of my baby boy playing with a broom — which he sees his father holding when he cleans — and my dad sent me a message saying that he’s afraid that his grandson will become gay. When these things happen, I roll my eyes and try to educate my father the best I can. I’ve also learned to accept that this is just how my Cuban dad is — but my little cubanito baby doesn’t have to be.

I’m also learning too — that teaching my son about the nuances of Latinx culture renews my own family pride. I’m raising a son who’s not machista, who understands that our differences unite us, and who shows up for our Latinidad every day.