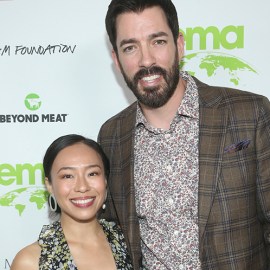 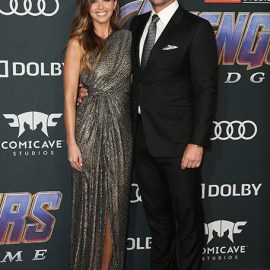 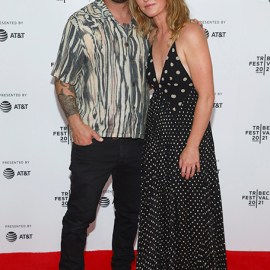 Ashley Graham isn’t just dancing with herself these days!

One day after announcing on Instagram that she and husband Justin Ervin are expecting twin boys, the supermodel practiced soothing her unborn babies to sleep with a dance shared on Instagram Stories. “Rockin’ the boys to sleep,” she captioned the video in which she wore a black bra-and-underwear set.

Graham announced her pregnancy back in July with an incredible maternity shot, taken by Ervin, captioned, “[T]he past year has been full of tiny surprises, big griefs, familiar beginnings and new stories. I’m just beginning to process and celebrate what this next chapter means for us.”

After giving birth to son Isaac in January 2020, the happy mom made no bones about the fact that she was ready to have another baby as soon as possible, telling the WSJ Magazine that she “would get pregnant yesterday if I could.” Graham also admitted to testing out the myth that one can’t get pregnant while breastfeeding, saying “I’ve ‘accidentally’ had unprotected sex while I’m ovulating just to see if I can [conceive] while I’m breastfeeding.”

And Graham had zero hesitation when it came to getting sexy after giving birth. “A lot of women have asked me, ‘Were you afraid to have sex again?'” she told People magazine. “Not at all, and the reason I wasn’t was because I know my vagina was made to have a baby and to push it out, and I knew it was going to go right back [to what it was]. Everything’s still in there, it all feels the same, the furniture is just probably rearranged.” Fitting analogy!