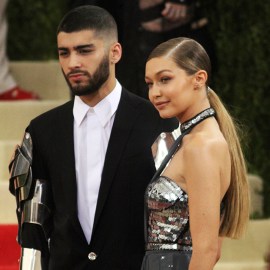 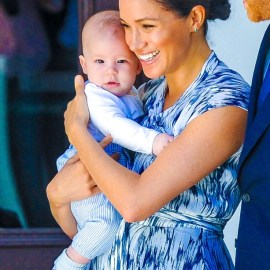 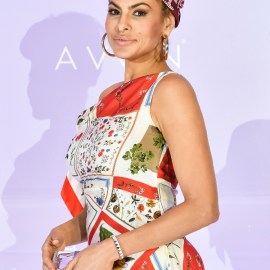 Cutest Celebrity Kids’ Nicknames, From ‘Bubba’ to ‘Kit’ & Everything in Between 15 Images

Naming your baby is a very personal decision and it’s totally understandable if you want to keep that name under wraps until they are actually born. In fact, we might go so far as to say it’s smart: Keeping your chosen baby name private is a great idea because you don’t have to hear unsolicited input from family and friends, while sharing the name beforehand leaves you open to someone criticizing the name choice, or even “stealing” your baby’s name.

That’s what happened when a new mom on Reddit planned a moniker for her soon-to-arrive son. The name is special because it’s a tribute to a family member — and she and her husband shared their choice openly in a Facebook post. But as it turns out, her sister-in-law (her husband’s sister) liked the name so much she chose it for her own baby’s name. The kicker? As the original poster, Significant_Can_5944, explains, “nobody knew” the SIL was even expecting until she announced she had given birth to a baby boy with the same exact name the OP had chosen.

“It was awkward, the OP writes. “My ILs all asked her what she was thinking. She said she got to give birth first and loved the name so what was the big deal. My husband thought she was nuts and told her she was a dick for thinking she had ‘claimed’ the name now. She said it wasn’t her fault she got there first. I was like it’s fine, we are not changing the name and the cousins can share the same name.”

Frankly, we’re on board with this! But sister-in-law? Not so much. Now, the SIL is pissed that the boys have the same name. As OP tells it, she began texting “every member of the family saying how awful we were to the kids and how we were petty and nasty and how I was an asshole for stealing the name after she used it.” The father-in-law stepped in and told the OP to ignore the SIL and that “it will settle down.” But things haven’t settled down — the SIL is still highly upset.

“She has specifically called me the asshole because I was the one who said we would just keep the name as planned despite her using it,” the OP writes. “She said I’m an asshole to her and to our boys. AITA?”

Choosing a name for your baby should be fun and yes, it can be challenging, but there are literally thousands of names to select in the world. Why would you want to take a name a family member has already selected, as this sister-in-law did? And if you do, how can you be upset if they don’t change their choice?

Commenters rallied behind the OP, agreeing that the SIL is wrong for using the name first, but it also seems that this scenario is pretty common. “Yeah, my brother and his wife did this to me,” shared user abqbrie. “He said the same exact thing: whoever has the baby first gets the name. I pregnant-rage quit a relationship with him. Still not quite the same (we barely talk and we used to be close…) I picked a different name because the name was pretty unusual. I know no one gets to claim the name, but you also can’t be surprised when someone gets hurt…”

WomanWhoWeaves shared that she has a sibling with the same name. “My sister and I have the same name. Her father married my mother and adopted me. I went to elementary school with two boys in a similar set up. Same first and last name. Everyone will survive.”

Commenter whateverkitteh1988 explained that in her family, having the same name is more of a tradition, or even a habit, than a competition. “My daughter is the only girl in our family who doesn’t share a name with a lot of other women from my side of the family. The name is ‘Maria’. All of us are María Something Lastname. My grandma, my mom, my aunts, my sister, me, and my cousins. Yeah… It didn’t ruin our lives I guess? I named my daughter something different without thinking much about it and no one made a fuss about tradition… Now the catch is that no one ever calls us by our first names, it’s always the second. The first name is like something you completely ignore, it’s just there.

Another commenter suggested using nicknames for the boys to eliminate any confusion. “My papa, father, and little brother all have the same exact name, first, middle, and last (obviously lol) and even at big family events there’s never an issue. that’s what nicknames are for,” writes mommyjmoney. “props to you guys for not changing your babys name, f that b!”

Commenter wthzombos brought up a valid question: “Is no one concerned that no one knew the woman was pregnant and she suddenly has a newborn and purposefully steals OP’s baby name? Like.. something doesn’t add up. She seems all around terrible.”

In the end, it seems that there may be a deeper issue between the OP and her sister-in-law. Maybe the women are competitive with each other, maybe the SIL is the one that’s the trouble-maker (judging by the father-in-law stepping in and telling the OP to “ignore her”). Either way, the kids will likely be fine. Having the same name is not going to traumatize them.

We wonder if the SIL could have used one of these unusual celebrity baby names.