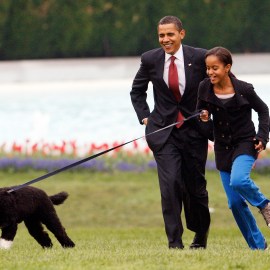 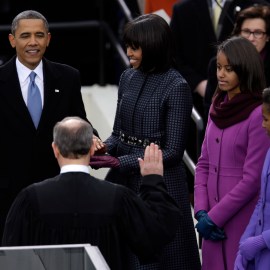 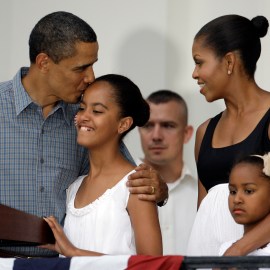 When Barack Obama speaks about fatherhood, and specifically how he feels about his daughters, it’s always a moment. The doting dad has shared that he tries not to be a “disappointing dad,” and joked about Malia, 22, and Sasha, 19, attempting to date while they were living in the White House. But recently Obama was every father as he spoke with CNN’s Anderson Cooper about the very-relatable feeling of worrying about our kids as they grow and go through life.

“I always worry about their physical safety; that’s just the nature of fatherhood … But in terms of them having a good sense of what’s right and wrong, and their part and role to play in making the country better, I don’t worry about that,” Obama, 59, told Cooper.

The subject at hand was the Black Lives Matter protests against police brutality that have been taking place across the country over the past year, and the former president reflected on his daughters’ participation in the movement. Though he’s concerned about their safety, he knows that Sasha and Malia‘s hearts and minds are in the right place.

“My daughters are so much wiser, more sophisticated, and gifted than I was at their age,” he said, noting that his daughters’ generation is less tolerant of wrongdoings and has adopted an attitude of “let’s change it” when it comes to injustice.

“That’s among not just my daughters but it’s among their white friends,” Obama continued. “There’s this sense of, ‘Well, of course, it’s not acceptable for a criminal justice system to be tainted by racism. Of course, you can’t discriminate against somebody because of their sexual orientation.’ “

The A Promised Land author continued: “What I find interesting is they’re also starting to be very strategic about how to engage the system and change it. They’re not just interested in making noise, they’re interested in what works.”

If there was ever a president who believes and often expresses that “our children are our future,” we can easily say that it’s Barack Obama. His work after being the president for eight years still revolves around a commitment to the generations to come.

“A great source of my optimism, when people talk about … how do I think about my legacy? Part of it is the kids who were raised during the eight years that I was president, there are a bunch of basic assumptions they made what the country can and should be that I think are still sticking,” Obama said. “They still believe it. And they’re willing to work for it.”

Before you go, read about these celebrities who talk to their kids about racism: