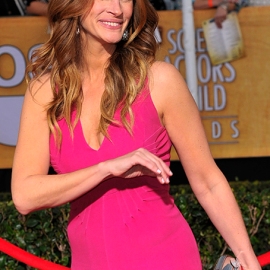 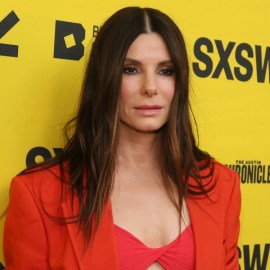 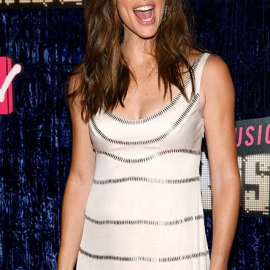 Actress Drew Barrymore seems like she’d be such a great friend. Anyone who watches her on The Drew Barrymore Show has witnessed how she gives off all the “bestie in my head” vibes, cheering guests on, offering virtual hugs, and being a sympathetic ear. But, when it comes to her daughters — Olive, 8, and Frankie, 7, whom she shares with ex-husband Will Kopelman — the working mom says that she’s not their best friend, she’s Mom.

The Emmy-nominated talk show host was a guest on singer Demi Lovato’s podcast, 4D With Demi Lovato, this week, and she and explained that her relationship with her mother, Jaid Barrymore, influenced how she has chosen to parent her own kids. Barrymore says she and Jaid were more friends than parent and child — and that dynamic caused her to “completely relearn what parent-child dynamic is.”

“I’m having amazing real realizations about my own kids and how little I understood what boundaries were,” Barrymore said during the podcast. “I didn’t have them growing up and when you’re a parent, you try to compensate with so much love and you’re almost afraid to get into the argument sometimes, you’re just trying to survive the day, so you let things slide and you’re like, ‘Oh, there should have been a boundary in that place probably a while ago, but I guess I’m only realizing that now.'”

Even with her super-bubbly personality, it’s easy to see how Barrymore’s tough childhood made her so aware of boundaries that were never in place in her life. Raising her own daughters, she’s vowed to “never be their friend,” which may sound harsh at first, but Barrymore explained their relationship a bit further.

“Like, I’m your parent, I’m not your friend,” she said, adding, “You can be friendly and do activities, it’s not that it has to be this strict relationship.”

Lovato also asked Barrymore to reflect on the advice she would give to her young self,e and in true Drew fashion, she had a thoughtful response, followed by a light-hearted moment.

“I just wouldn’t change a thing,” Barrymore said. “I’m so happy and in love and scared of my life being any different because this is the one I know and this is the one I loved. And man, I worked on it really hard.

“It’s so funny, that question is so popular, ‘What would you tell your younger self?’ I’m like, ‘Nothing, she wouldn’t have listened!’”

52 mins ago
by Alyssa K. Davis