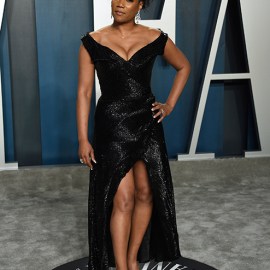 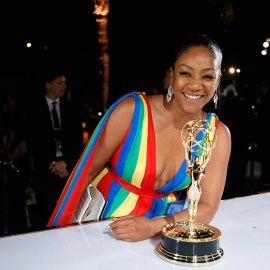 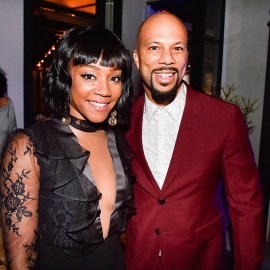 Actress, author, and comedian Tiffany Haddish has been pretty vocal about her plans to adopt a child. When she initially shared the news in 2020, she also spoke about the life-changing decision with her boyfriend, rapper Common, on his podcast Mind Power Mixtape. While she joked about wanting to adopt an older child because they’re more self-sufficient, and “know how to use the bathroom…and tell you when they’re hungry,” it’s pretty clear that Haddish’s adoption journey is so intentional, thoughtful, and is also making progress to the final steps.

“I’m currently looking, deciding on adopting,” Haddish told Entertainment Tonight of her plans. “First of all, especially after this pandemic, there are so many children left without their parents. It’s Foster Care Awareness Month right now, and I think we all should be aware and try to do what we can.”

The Kids Say the Darndest Things host also previously shared that she was taking the parenting classes required to become an adoptive parent. And now, since she has reportedly completed those lessons, Haddish is ready for the next steps of the process.

“I really wanted to be a foster parent, but because I’m at a certain level of success, my lawyer suggested that it’s probably best to just adopt, and I’m on that process now,” Haddish explained to ET.

Haddish has talked and written about her experience in foster care from the ages of 12 to 15, after her mom suffered severe brain damage resulting from a car accident. It’s clear how that has influenced her desire to give other children going through that same foster care experience some nurturing love and care. Older children have a harder time getting adopted, and Haddish has shared some other reasons why she prefers to adopt children of a certain age.

“They should have some manners,” Haddish revealed during her discussion with Common, continued listing her ideal criteria. “If not, they can learn them. Between 6 and 10, get them right in there, because you can mold their mind. They’re still malleable in a lot of ways until they’re 21, I think. I want the child to know, ‘Hey, I chose you to be here with me, and I want to give you all the knowledge that I have.’”

Whatever path someone chooses to take in becoming a parent is a beautiful thing, so we’re excited about this journey for Haddish. She seems like she’ll make an excellent mom, and her kids would have a home full of love and lots of laughter.

Before you go, check out these celebrity parents who gave their children unique names.

14 hrs ago
by Jamie Davis Smith