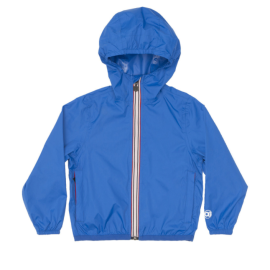 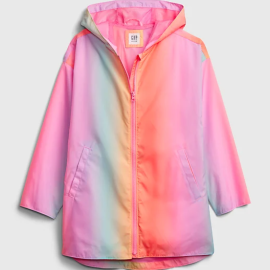 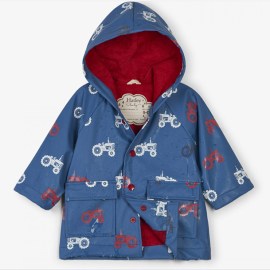 The Splashiest, Sunniest Raincoats for Kids Who Need to Go Out & Play 14 Images

Sometimes grandparents have a hard time stepping back and understanding that they aren’t a new baby’s parents, especially if what they want for said baby does not align with what the baby’s actual parents want. Overbearing grandparents are a definite thing, and this Reddit post shines a bright light on a seriously disrespectful, entitled nana and papa, who don’t get the concept of bodily autonomy.

“Me and my fiancée (22m & 23f) had our baby girl Thalia and she just turned 9 months old,” wrote No_Wayout_. “We basically decided it was gonna be up to Thalia when she’s older if she wants to get her ears pierced. Tbh I was never into the idea of it being done as a baby when they can’t consent, like my fiancée’s parents pierced her ears when she was a baby, and she always hated wearing earrings. Still doesn’t wear any.

“My parents didn’t shut up about it for a while saying ‘she’d look so cute.’ But we told them already no and that’s our answer,” the dad continued. “When they babysat for us once, they got one of my mom’s friends to do it, and we were fucking pissed they went behind our backs. We stopped talking to them after that for disrespecting our decision.”

We don’t blame them. That’s a really big overstep and assumption on the part of his parents.

“Everyone was saying we were making a big deal and we can’t cut them out of their granddaughter’s life over something like that. So we decided they’re allowed to see Thalia only when one of us is around, and they won’t be left alone with her,” he wrote. “That’s where everyone is still saying we’re being massive a-holes because we’re still punishing them over something that’s not a big deal and we’re treating them like children. Even my fiancées’ parents think that only letting them have supervised visits is too much and they should be allowed to babysit or have Thalia at their place alone like before.”

It’s hard for us to imagine that these grandparents have learned their lesson, and Reddit agrees.

“NTA (not the asshole). I wouldn’t be leaving my child with them ever again. My mum cut my daughter’s fringe and I lost it; this is another level altogether,” wrote Reddit user Infinite_9230. “What’s going to be next thing they decide they know better on? They’re lucky they’re even allowed to see her tbh.”

“NTA.Your parents behaved like children therefore they deserve to be treated as such.” said Niether_March4000. “They broke your trust, went against your express wishes, and pretty much said, ‘We know better than you and what you think is irrelevant.’ I can’t get my head around why anyone would think you aren’t justified in your actions. (I hope you’ve taken the earrings out and have let the holes close over before they become permanent).”

Several Redditors were quick to point out that this might even legally count as assault.

And then there’s the whole you-made-holes-in-my-baby angle that’s extremely disturbing.

“OP should stab them in a non-vital area and say ‘no now I’m treating you like children, specifically like you treated my child’,” wrote Trialzero. “Like I understand ear piercings are a really common and relatively harmless body modification, but I cannot get past the idea that the parents took someone else’s child and had some random idiot with a hot needle apply puncture wounds to that child’s body because they thought ‘it would look cute.’ Just imagine those puncture wounds were to any other part of that child’s body; that would be fucked up, right? Now keep imagining that because it doesn’t matter what part of the body it’s on, you can’t just stab someone else’s child. I don’t think you should even stab your own child; it should be their decision.”

There’s definitely a villain in this story and it isn’t Thalia’s parents.