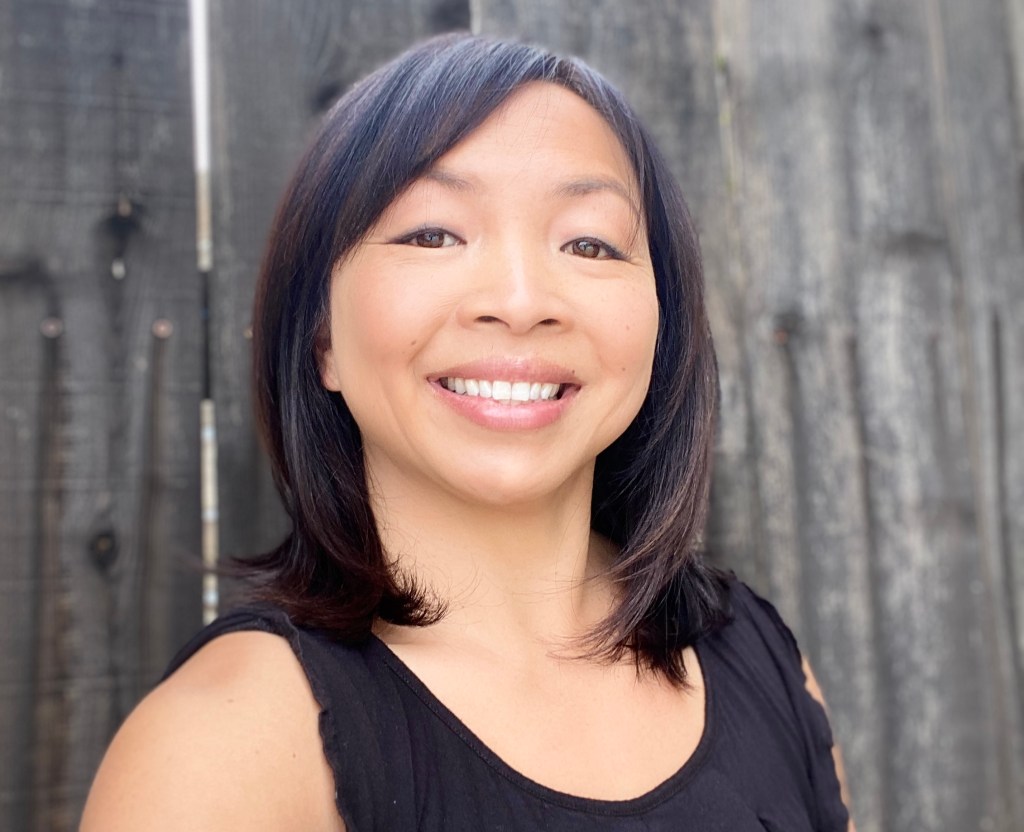 In a pandemic year marked by isolation and unrest, anti-Asian hate incidents soared. Most of the reported incidents, which can include slurs and physical attacks, took place in public spaces you and I move through frequently. A local park, a subway station, even a supermarket produce aisle became battlegrounds for Asian Americans in the time of hate and COVID-19. Accounts of the incidences often ignore the silent victims in these cases: the children.

Children have been present in these horrific attacks. They have watched helplessly as their grownups are targeted. In March, a 37-year-old Asian American woman in Manhattan was punched in the face while on her way to an anti-Asian hate rally with her 7-year-old daughter. In these public spaces, children are often present to witness racist words hurled and bodies hurt.

Long after the attacks, children are left to carry the burden of what they witness as bystanders, often without words to express themselves. For parents, this begs the question: How do we support our little human beings?

With recent statistics showing an uptick in anti-Asian hate incidents, we can no longer believe our families will remain unaffected, regardless of race. Maybe you are not Asian American or even a minority, but as fellow human beings who occupy these public spaces, we all have roles in the fight against racism.

Women are disproportionately targeted in these racial attacks — about 2.3 times more than men, according to a report from Stop AAPI Hate.

In our home, we talk about race and racism in age-appropriate ways. We celebrate our Chinese heritage, and we talk often about how to show up for other people in need — how to be upstanders instead of bystanders.

It wasn’t always this way. I used to think that hate would not reach us. That somehow our suburban Los Angeles life would hermetically seal us away from pain and exclusion, but as hate creeps closer, it’s become imperative to change the narrative to include tools on what to do in the face of racism.

Chances are, children are already facing or witnessing forms of racism in schools, both in-person and online. Because of this, I want to arm my children with knowledge on how to respond to racism in ways I wish I had known as a child of immigrants.

Have more than one conversation

When I was little, conversations about racism did not happen. Likely because my parents, refugees from Vietnam, were still working through their displacement trauma. They were too busy surviving to have room for reflection or cultural development.

But as a 7-year-old, I was standing by my mother’s side at our local farmer’s market when a white woman yelled at us to go back to our country. She was an apple vendor, who became enraged that my mother would bargain for a lower price, a widely accepted practice in Vietnam. The vendor picked up a cardboard sign scrawled with “$3 a pound” and threw it at my mom’s face. From where I stood, frozen with fear, I watched my mom’s expression register anger then turn blank. We walked away both deeply upset and never spoke of the incident again.

To talk to my kids, I had to unpack my feelings first. Then we started on an age-appropriate conversation about race that will probably be ongoing for many years. Not sure about where to start? Listen first.

Over 80 percent of young people (ages 12-20) who self-reported anti-Asian hate incidents said they had been bullied or verbally harassed last year, according to a Stop AAPI Hate report.

“Ask the child, ‘What did you see? Tell me what you already know about what is happening or why this might be happening,’ as opposed to giving the child more information,” said Li. “This is really time for parents to sit with their children and go, ‘What is happening in the world around you?’ And try to understand through the child’s lens.”

Model how to be an upstander

A part of our family’s ongoing discussion about racism and anti-Asian hate is examining the differences between bystanders and upstanders.

A bystander is someone who witnesses a conflict, but does not get involved. The “fight, flight, or freeze” stress response is your body’s natural way of responding to a perceived threat. In March, a 65-year-old Asian American woman was violently attacked outside a Manhattan condo building while onlookers did nothing to intervene.

When something scary happens, I tell my kids that it’s normal to freeze, but the intention is to work on becoming an upstander, someone who recognizes when something is wrong and takes action to correct it.

“By modeling that behavior for your kids, they can see that in action and take that back into their own communities, whether it is on the Zoom screen or in the classroom,” said Dax Valdes, a trainer with the group Hollaback!

Valdes leads webinar intervention trainings for bystanders who witness anti-Asian harassment. The free training by Hollaback! and Asian Americans Advancing Justice lays out techniques to help bystanders intervene when they see someone being harassed or disrespected. The techniques called the “Five Ds” are accessible and center on keeping bystanders safe too.

“Delay,” one of the “Five Ds,” simply means checking in on the victim once the conflict is over.

“Think of it as a series of small gestures,” said Valdes. “So we’re able to create a lasting impression in that moment by just demonstrating a small gesture of humanity.”

Empower children, then check in

What should you do if you and your children witness someone yelling at an Asian American shopper at a grocery store?

Kids are resilient, so if they are old enough, try involving them in the decision-making. Maybe have your children drop something heavy or even start singing loudly — distraction is one of the intervention techniques.

Children might say no out of fear. But there is wiggle room to say, “OK, well, if I don’t say something now, who’s going to stop that person from shouting at them next time? So I know that it might be a little bit scary. I’m scared too. But I’m going to see what I can do and if I can’t do anything, then I’ll come back.”

After the conflict is over, it’s important to monitor your children for changes in mood or behavior. Witnessing racial conflict can affect children in many ways. These traumatic events can cause shame, anxiety and hypervigilance.

Above all, be gentle with yourself and your children

Responding to conflicts can be stressful and unpredictable, so there is no such thing as a perfect response.

“You have to do what you think is best, so don’t beat yourself up if it didn’t go the way you thought it would,” said Valdes.

Think of it as exercising your intervention muscle — every time you engage it, you will refine the skill and grow stronger.

Your attempt to be an upstander may also galvanize other people to step up and help. And it could mean that the next time you witness racial conflict you can more confidently offer a gesture of humanity.

The important thing is that we look out for each other, so the mother and daughter at the farmer’s market don’t feel so alone in their shame and anger.

These celebrity parents shared how they talk to their kids about racism.

14 hrs ago
by Cristina Velocci