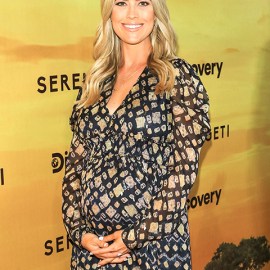 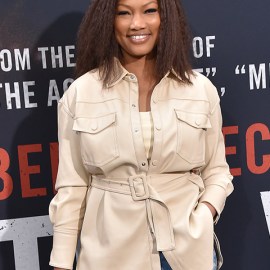 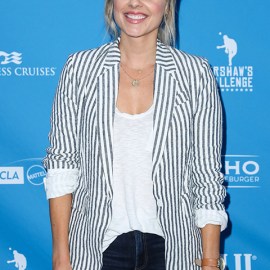 If you didn’t get a chance to catch Crikey! It’s a Baby! last night on discovery+ because you were caught up in the glitz and glamor of the Academy Awards, fair warning — it’s an emotional roller coaster. The special follows Bindi Irwin and Chandler Powell, stars of Crikey! It’s the Irwins! in the weeks leading up to and after the birth of their daughter, Grace Warrior Irwin Powell.

The special, while providing some heartwarming new-parent content, is pretty much set up to make you cry. Clips of the Irwins remembering late family patriarch Steve Irwin and video footage of him welcoming his own children, Bindi and Robert, into the world definitely tug at the heartstrings. Steve Irwin died in 2007 after being struck by a stingray barb in the chest while filming a documentary. Bindi was 8 years old when her father died, and Robert was only 2.

“Out of everyone in the world, he would’ve loved her the most. He would’ve loved her so much,” a tearful Bindi said of her late father and her new daughter. “I think in a way, he is still with us. His heart and soul lives on in all of us and so he’s never really gone.”

In the special, we see the couple treated to a baby shower just prior to Grace’s birth complete with baby shower games, baby photos of attendees, and a special video montage of Bindi and her father. Robert, while giving an interview about the video said, “We’re all very, very emotional watching it, and I’m sure he would just be at a completely different level of excitement. He would not have been able to contain him, it would have been incredible. And I know that he’d be looking down and —”

Just then, a giant crack of thunder interrupts him in the background, leading Robert to exclaim, “There he was! He’s pretty bloody excited!”

The montage featured images and clips of Steve and his children. “My little daughter, Bindi, is just the light of my life, mate,” Irwin said in a clip from his show The Crocodile Hunter Diaries. “No matter how hard things get, no matter how tough the road is, my little kid Bindi, she just props her daddy straight back up. She is just the greatest thing that’s ever happened to me in my entire life.”

Bindi has vowed to keep her father’s memory alive. “It’s hard knowing that she’ll never get to actually meet him,” she said through tears. “And it’s, it’s devastating because I’ll never get to watch that connection, but I cannot wait to be able to tell beautiful Grace all of these stories about Dad — to be able to share with her what an amazing father, he was. It’s gonna be really special for her to know him through us and to celebrate what an amazing man he was.”

38 mins ago
by Alyssa K. Davis