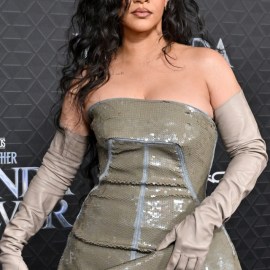 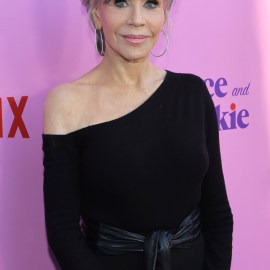 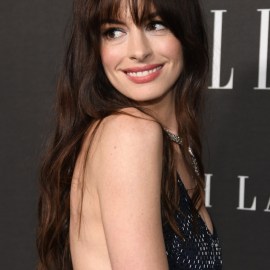 Working for family always has the potential to get messy. The lines can blur between family loyalty, and what would otherwise be considered normal workplace responsibilities, when you combine the two. Additionally, anything that goes wrong at work can follow you much further than to your next job (like to every holiday gathering, birthday party, and family BBQ for the rest of your life, for example). And, it seems like one Redditor is in the midst of learning the downside of working for family, as her cousin complete disregards her maternity leave.

Reddit user Big_Bumblebee_5795 posted about her recent experience working for “the family business” in the Am I the Asshole subreddit. In the post, she explained how she has worked for her cousin for the past five years and currently sits somewhere between second and third in command of the small company’s hierarchy.

According to her, things were going well until she became pregnant, and took some time off for her maternity leave. “I took nine months of maternity leave, starting two weeks before my due date,” she wrote. “My child is now 6 months old, meaning I am currently in my seventh month of leave, and go back to work in about 10 weeks.”

As Americans, we’re shocked that this type of thing exists, but not so surprised by the next part. Because, during that time, Big Bumblebee says that there have been a few crises at work that she was called in to fix. “They should not have been doing this, due to my maternity leave, but I didn’t mention it because these were legitimate crises, and most of the time it was my cousin asking,” she wrote in way of an explanation.

But, now that she’s nearing the end of her leave, she’s decided to stop answering her work calls and focus all her attention on bonding with her baby. Sometime between when she decided to leave her phone completely off, and now, there was an issue with one of her clients. “I had passed this client on to someone else, but something went wrong, my cousin called me to help, and because I didn’t answer, we lost the client,” she wrote. “I knew their contract was up for renewal, but I didn’t think there would be any issues, so I saw no reason to check my phone.”

Now, looking to avoid similar problems with the rest of their clients, OP’s cousin wants her to remain available throughout the remainder of her leave. “I’ve said that I am on maternity leave, and therefore I should be left alone, so I will be leaving my phone off, and it’s shitty of him to ask otherwise,” OP writes. “My cousin said that I was being selfish and accused me of trying to fuck him over, and my mother and aunt agree with him, saying if I don’t answer my phone, there may not be a company to come back to, and accused me of taking advantage of him because he’s my cousin, as anyone else would have fired me over this.”

And here’s one more down side of working with relatives: Family members take advantage because they forget about those employee/employer boundaries.

In what we think is a real boss move, OP explained to her family that if her cousin can’t run his own business without her, then he’s incompetent and shouldn’t be in charge of an omelet, let alone a company. In an edit, she added that she had spent the six months leading up to her leave making sure that all of her clients would be cared for, introducing her clients to the people who would be covering their accounts in her absence, and bringing the rest of the staff up to speed.

User Kittiphile wrote that not only was her cousin being inappropriate, but he’s likely also breaking labor laws. “Tell him, and everyone else, that you wouldn’t be fired by ‘anyone else’ for this, and that you could in fact sue them as it’s illegal to cut into your leave,” they wrote. “Besides that, you’re not getting paid to do it. You have 10 weeks; perhaps get a different job elsewhere?”

Several users could see her cousin’s perspective, and said that while Bumblebee was right to ignore calls during her maternity leave, she should have told her cousin that she would be going dark after having been available for the first half of her leave. “OP would be [not the asshole] if they told her cousin that she was doing this,” writes thatbossguy. “The original expectation should have been no contact but OP allowed it then changed her boundaries [without] fair warning. Being mindful of consistency and communication is important when setting expectations.”

User BloodberrySmoothie may have put it best though, when they wrote that anyone calling OP out for not remaining available during maternity leave was likely an American. “Maternity leave is not home office, and you are not obligated to do shit,” they wrote. “They could be grateful for her helping out at all, since they should be well aware she isn’t supposed to work and she also has a freaking newborn baby! She didn’t ‘create the expectation’ she’d be available all the time, the cousin and colleagues exploited her kindness by repeatedly making her handle their problems by calling things a crisis.”

Whatever happens for OP and her cousin, we hope it’s resolved before OP returns to work. After nine months at home, we expect the transition to going back to the office is going to be hard enough as it is, not to mention with the family drama hanging over her head.

Maybe Bumblebee should show her cousin these photos to remind him what she’s been home recovering from as well.

18 hrs ago
by Racheal Pulver