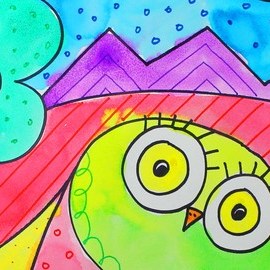 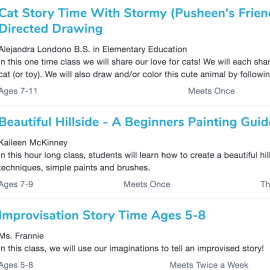 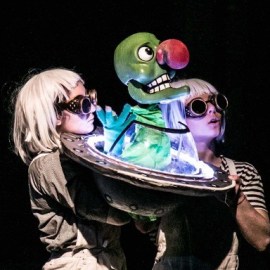 As if working moms don’t have enough to think about, do we really need to be worried about how being proud of our kids makes us seem “less professional”? One woman illustrated just how sexist workplace environments can still be when she shared an argument she’s having with a coworker about displaying her kids’ artwork in their shared office.

The 27-year-old mother of five who calls herself throwra_knjk shared this drama on the popular Reddit AITA forum.

“On my side of the office I have pictures of my kids (6M, 4M, 4M, 3M, 1F) on the wall and some drawings that they gave me a few weeks ago (they’re constantly drawing so I renew them every week),” the mom wrote. “I also have a family picture on my desk, and most of our clients like the pictures and drawings.” In a later update she explains that all of the five drawings are framed, one by each kid, “so it’s not like I have thousands of drawings pinned on the wall in a messy way.” She also changes the art once a week as her kids give her their new mini Monets.

On her coworker’s side of the office is only his framed diploma and a small clock on his desk. “He doesn’t have a single picture of his family or anything personal, and I respect that because it’s his decision, but lately he started to tell me that he wants me to remove some pictures and drawings because having that in the office makes the place look less professional.”

The mom refused because “those are drawings that my kids give me with all their love” and it’s not against office policy to have personal things in your work space. Her coworker doubled down on the insults and responded that her part of the office “looks like a circus” and that she is ” acting like a kid and that I don’t remove them just because I want to annoy him.”

The Reddit OP says she just ignored him, but the next day another coworker, a man in his 60s, told her to do what her officemate asked because that guy “has a great reputation and that sharing an office with me is damaging it.”

The working mom talked about it with her husband to get another perspective, and he told her not to remove them, but she decided to check with Redditors to confirm she’s not being the a-hole.

Most commenters think she’s in the right, and her officemate is just a sexist a-hole himself.

“Perhaps he’s jealous he doesn’t have anyone to make him pictures, and that’s why he’s a grump,” suggested queenoreo.

“I will be 56 in a few days. I can’t even imagine getting so worked up about kids’ drawings that I would tell my co worker to take them down,” chimed in topazzcat. “Seriously, doesn’t he have work to do? If he doesn’t want to see the drawings then move the work stuff to the other side of the desk. This is weird.”

And the feminist movement will be happy to hear what knownscoundral wrote about why this mother is not the a-hole: “We as a society have moved on from 50s-something males deciding what is or isn’t professional on behalf of their 20s-something female colleagues.”

Gosh, if only that were 100 percent accepted as fact, right?!

Several others suggested throwra_knjk talk to her job’s human resources department to confirm office policy and get ahead of the rumors it seems like her officemate is spreading about her, based on another coworker getting involved.

“You should speak to your boss about him being rude to you and demanding you redecorate your work space or report him to HR,” suggested Capital_Cow3540. “He’s being hostile to you, and it’s not appropriate.”

A few others, however, wondered if maybe the coworker’s problem with the kids’ artwork display is really about something else. “My guess is there is a lot more OP is not saying,” said Fun_Ad2322. “With so many kids so young, must be a lot of maternity leaves, permissions for sick kids, calls to and from home about the kids, etc, etc. The coworker is just using the kids art displays to express his feelings. He is grumpy and she is probably a ‘super mom.’ No asshole here, just incompatible co-workers.”

The OP did update her post to say her coworker might be sexist because “a few days ago he got mad at me because I’m pregnant and I’m gonna take a few weeks off because the cases of COVID in our city are increasing, (it’s not my decision by the way) and he thinks it’s unfair.”

So, maybe the plot thickens? There may be a lot more going on between these coworkers than just the debate over what is appropriate office style.

In any case, kudos to this pregnant, working mom of five (going on six) kids all under age 7. That. Sounds. Intense.

18 hrs ago
by Racheal Pulver