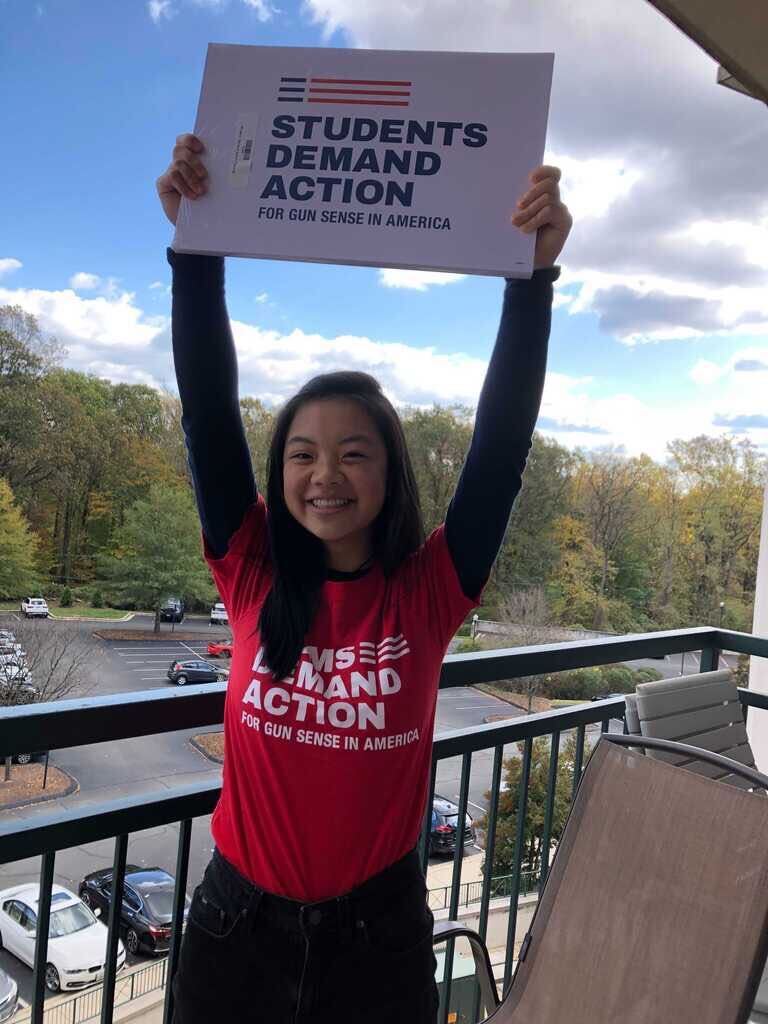 When we heard news of the mass shooting in Boulder, my friends and I were still processing the mass shooting in the Atlanta area just six days earlier. As an East Asian woman, it was particularly personal. Not only did I see myself in the six Asian women who were shot and killed; I also knew what it felt like to be stricken by a mass shooting.

Related story 3 Years Ago, I Sent My Daughter to Marjory Stoneman Douglas High School for the Last Time

I remember clearly how May 31, 2019, unfolded. My mom and I rushed to pick up my dad when he called about an active shooter in his office. Twelve people, shot and killed at the Virginia Beach Municipal Center, and more shot and wounded. These victims were my dad’s coworkers; some met with my dad earlier that afternoon. I hugged my dad close that night. He survived with no physical scars, but the psychological ones remain for us all.

Being a high school student and a trauma survivor is a unique job in itself. I was working on an essay when I saw the notification on my phone: another mass shooting in Boulder. All those psychological scars, already raw from the previous week’s news of the mass shooting in Atlanta, were ripped open again.

Each of the victims had families who loved them, friends who cherished them, communities that they helped build. These mass shootings have highlighted how urgently we need action to prevent future tragedies, starting with background-check legislation in the Senate and executive action from the White House.

And we must also take action against deep-seated misogyny, xenophobia, racism, and anti-Asian hate that has plagued this country and boiled over even more this past year.

The hate-fueled shooting in Atlanta — it’s ridiculous that I have to specify which shooting — didn’t come from nowhere. Over the past year, there have been nearly 3,800 reported hate incidents against Asian Americans,  a figure that likely represents a mere fraction of what we’ve experienced. By a more than a 2-to-1 margin, those reported attacks have targeted women. And I’ve heard the vitriol from the former president and right-wing extremists that has made this all worse. When they repeated racist tropes about the coronavirus, someone, somewhere heard it was OK to hurl slurs at us. To blame the pandemic on us. To assault us and kill us.

So while I was shocked as I learned of the mass shooting in Atlanta, I also wasn’t. The mass shooting in Atlanta followed all-too-familiar patterns. Many mass shootings are rooted in hatred towards women. Women in our country are 21 times more likely to die by gun homicide than women in other high-income countries, according to research by Everytown.org. And Asian women like myself have been targets of racism, xenophobia, and misogyny for generations. As the National Network to End Domestic Violence put it, our bodies have been hypersexualized and exoticized, and our perceived submissiveness has been glamorized and eroticized. My friend told me how boys in her class had made a bet — who could date all six of the “exotic girls” the fastest.

This country’s history with respect to Asian women is defined by state-sanctioned violence, racism, fetishization, and misogyny. From the Page Act to the Chinese Exclusion Act to Japanese internment camps to the U.S. military’s history of sexual exploitation in Korea, the United States government has explicitly condoned the targeting, harassment, ostracizing, and dehumanization of Asian women.

Racism against AAPI people is overlooked in workplaces and classrooms alike. Microaggressions have happened to me in what I thought were safe spaces. Recognition, education, and change must happen in every environment.

Even amid these policies and practices, we have always been a force in the movements for social, political, and economic equity in the United States. And there’s still much more we can do to make sure every eligible person in the AAPI community has the tools they need to vote.

But already, we’ve helped elect gun-sense majorities in both chambers of Congress, as well as the strongest gun safety administration in history, Joe Biden and Kamala Harris. And we will continue to fight to make sure our communities are safe from gun violence. Right now, there are several gun safety measures moving on Capitol Hill, in state houses and in city council buildings across the country — including background-check legislation and the reauthorization of the Violence Against Women Act.

Hate is most dangerous when it’s armed, but we can do something about that. We can strengthen background checks, disarm domestic abusers, and keep guns out of the hands of people who shouldn’t have them. Like my friend and fellow Students Demand Action volunteer Yoonie Yang told the Associated Press, good legislation is practical and efficient, and if our lawmakers move with urgency, it can be quick.

But let’s be clear: Hate is always dangerous, and there are proactive steps we must take to fight it. Advocate for implementing ethnic studies courses; identify where in-language support can be provided; talk with your relatives about anti-AAPI hate. New laws will save lives, but they won’t fix deep-seated problems such as racism, misogyny, and xenophobia alone. Only after we as a country finally reckon with our living legacy of systemic violence against Asian women — and all women of color — can we begin to address the damage it has caused.

Jeannie She is a gun violence survivor, a high school senior, and a member of the Students Demand Action National Advisory Board in Bethesda, Maryland.

3 hrs ago
by Allie Merriam

5 hrs ago
by Allie Merriam